Five ways I’ve used social media to connect my class with the world!

Around five years ago, a colleague suggested I set up a teacher account on Twitter. I was reluctant at first, anxious about the implications of having an open profile as a teacher. Now I am a self-confessed teacher tweep, using Twitter for free CPD, connecting with colleagues around the world, sharing good practice and organising events for teachers. I also have a class Twitter account, which I’ve used to enable pupils to share their learning with parents, pupils and the world!

In this article I will discuss five ways I’ve used social media to enthuse and motivate my pupils.

1. Tweeting and Skyping with authors

Michael Rosen is one of my favourite children’s authors. He is very active on Twitter, and often responds to tweets from class accounts. Imagine the excitement in my classroom when I explained that Michael Rosen himself had thanked them for sharing his books at their weekly reading morning!

Skype Classroom is a fantastic resource enabling teachers to connect with authors and arrange free Skype sessions with classes. My pupils have enjoyed virtual author visits with Caryl Hart, author of ‘Whiffy Wilson’. 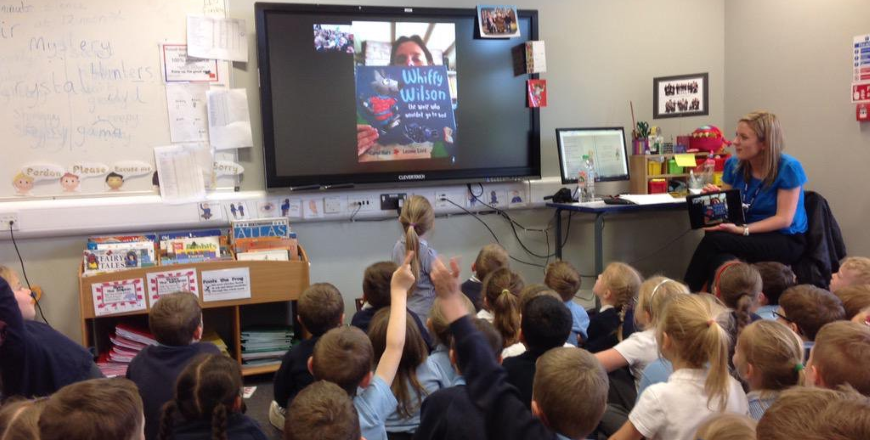 I provided pupils a very special audience for their written work this year, during a Literacy unit on Greg Dobbins’ book, ‘The Grumpy Teddy’. I tweeted examples of pupils’ work to Greg himself, who responded with positive comments which they were thrilled to receive.

Fantastic writing by Y1 inspired by The Grumpy Teddy, including thank you letters for @ThatGregDobbins #KS1 #edtech https://t.co/lNqULWdaZ8 pic.twitter.com/u1FsLPokHz

@ClassMissK Thank you so much to @MissKingsley85 for inviting me to talk to you. Such a brilliant school, doing amazing things with tech.

At the end of the Literacy unit, Year 1 were treated to a Skype session with Greg and wrote some fantastic questions for homework prior to the virtual visit.

@ThatGregDobbins So many great questions to ask you written for homework - we'll have to pick names out of a hat! pic.twitter.com/VPtGTqaHAu

@ClassMissK A couple of answers to questions that didn't get asked. I didn't have a teddy when I was little - here is my toy, Bunny Junior! pic.twitter.com/y8O80YhtVv

@ThatGregDobbins So many great questions to ask you written for homework - we'll have to pick names out of a hat! pic.twitter.com/VPtGTqaHAu

I never cease to be amazed by the power of Twitter. During a mini-topic on Brazil prior to the Rio Olympics, I discovered that the official Olympic mascots had their own Twitter accounts! This was the perfect opportunity for pupils to have their questions answered. They wrote some questions for the mascots and were lucky enough to receive great responses: 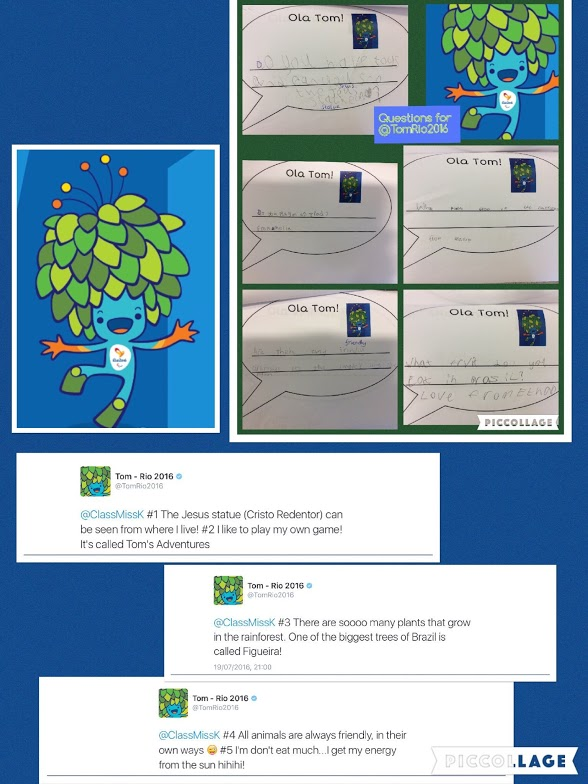 Twitter is perfect for fuelling pupils’ natural curiosity. How often are we as teachers asked questions we’d love to be able to answer?! Twitter enables pupils to have their questions answered by those best placed to answer them. Whilst enjoying a Roald Dahl story, one of my pupils asked a question that only those closest to Dahl would be able to answer. We took to Twitter to find out!

We'd like to know if Mrs Twit was inspired by Mrs Pratchett from The Great Mouse Plot @QuentinBlakeHQ @roald_dahl pic.twitter.com/uaq0wlqZ1k

@ClassMissK QB's drawings follow @roald_dahl text - so only RD could've told you if one inspired the other! RD liked gruesome characters tho

3. Using Twitter to give pupils a global audience for their work

At Russell Scott, we regularly share pupils’ work via our class blogs at www.russellscottblogs.net. Similarly, Twitter is the perfect platform for sharing pupils’ learning with parents, other classes and the world. Not surprisingly, pupils are motivated by the idea of their work being published for all to see: 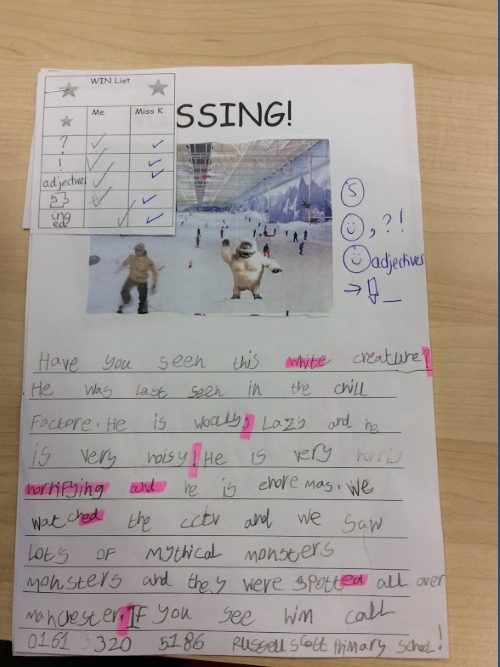 Through the power of social media, pupils’ work has also been acknowledged by some very famous posters! 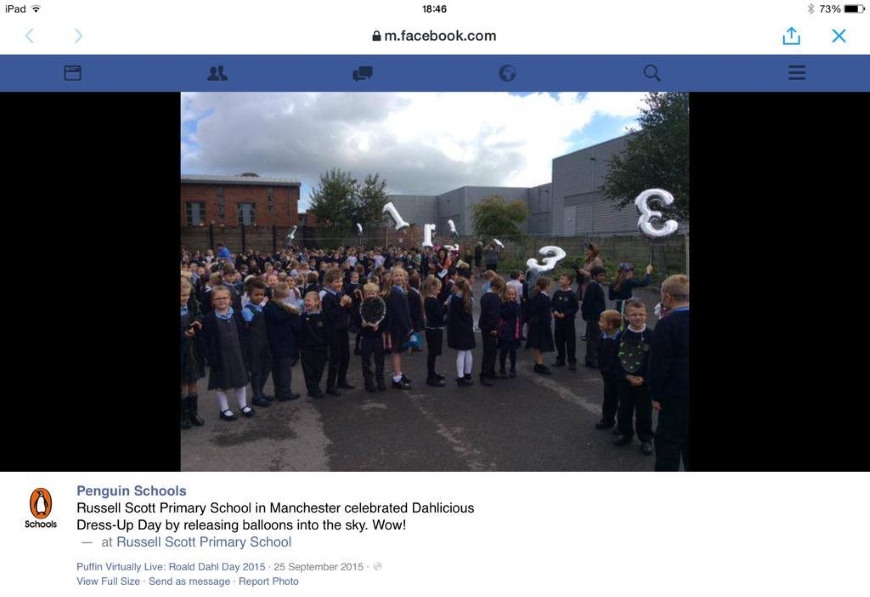 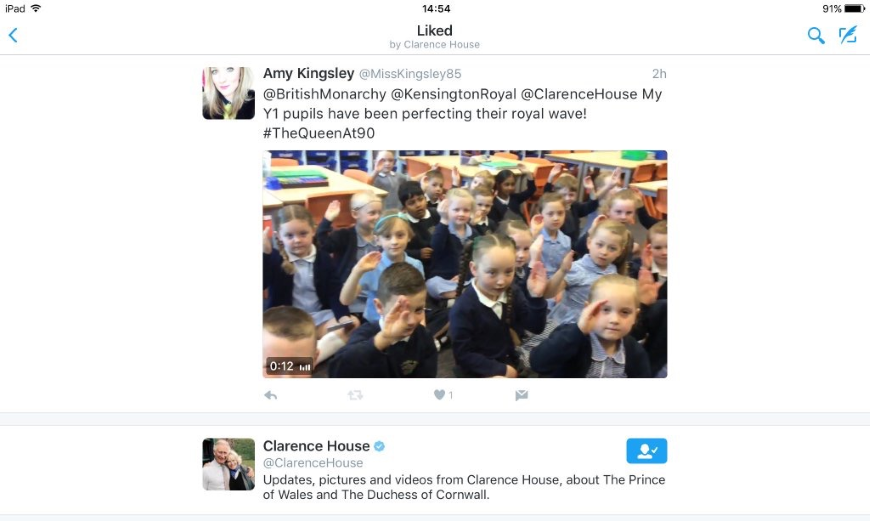 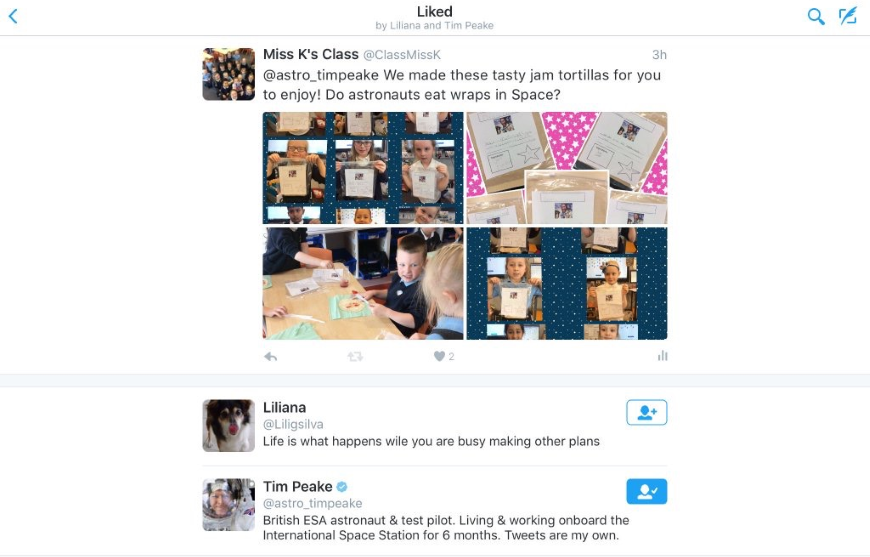 There are a number of competitions aimed at Primary-age children promoted regularly on Twitter. To celebrate Michael Rosen’s 70th birthday, Bloomsbury ran the ‘Kids ask Michael Rosen’ competition. It was lovely to see the look on one little boy’s face on hearing that his question had been chosen and published on Twitter!

When I was very very young: Squirrel Nutkin. Then Emil and the Detectives #KidsAskMichaelRosen pic.twitter.com/yHJOvpCygs

As part of our whole school focus on developing a love of reading, we ran a ‘Tweet an Author’ competition. Children could submit questions and the best ones were answered by Horrid Henry author Francesca Simon.

@MissKingsley85 Hi Darcey. It takes about 4 months to write and re-write a Horrid Henry book. Then Tony Ross has to draw the pictures

Social media is the perfect platform to engage with parents and carers. As well as being able to see examples of pupils’ work on the class blog and Twitter, parents can also be kept informed of exciting news and events, such as the day Year 1 received a very special delivery!

We've had a letter from the Queen! @RoyalFamily @ClarenceHouse @KensingtonRoyal @marzy120 @RScottPrimary pic.twitter.com/uogjuBqZqr

After being inspired by Sarah Wright at Reading Rocks in October, I have recently introduced the Russell Scott Bedtime Story at my school. Every Friday, pupils and their parents visit the school Reading Blog to listen to a member of staff reading a story. The audio story is recorded using the free audioBoom app, embedded into the blog and shared via Facebook and Twitter. Our Reading Blog can be found at: http://reading.russellscottblogs.net/ 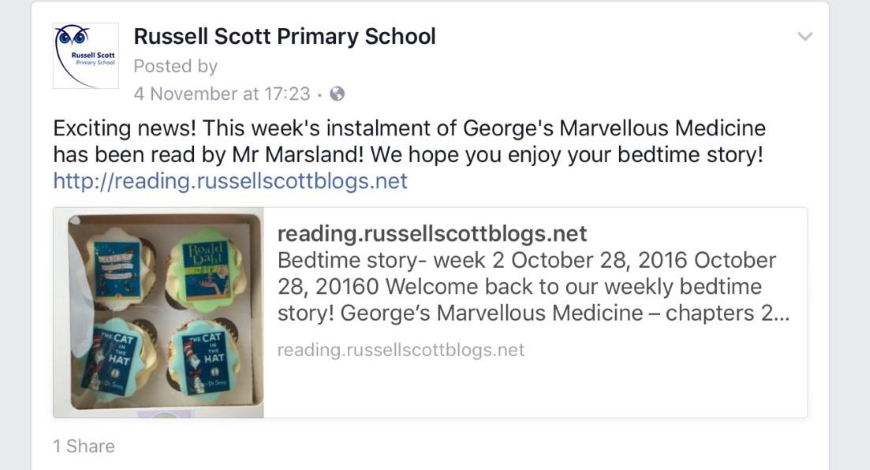 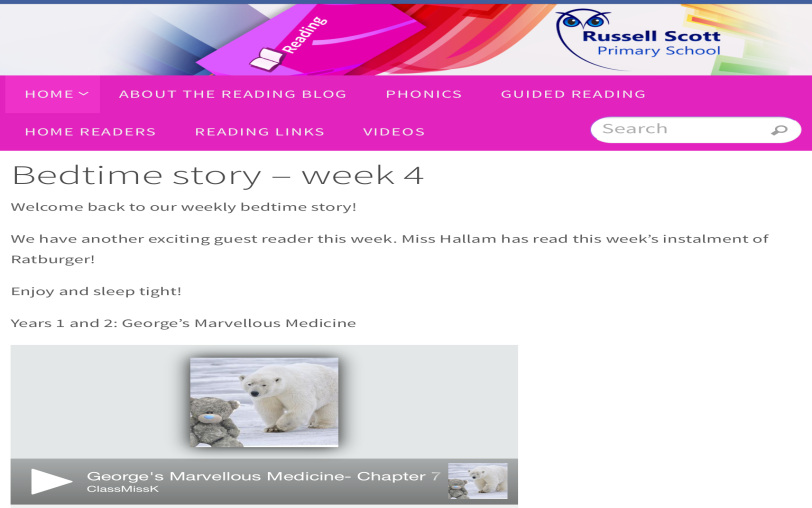 I hope that this has inspired you to use social media to help your pupils connect with the world. For more ideas, please visit: http://2016year1.russellscottblogs.net/

Do you use social media in your teaching? Share your stories below.