#WomenEd is a grassroots movement which connects existing and aspiring leaders in education. This movement campaigns to make improvements so that there is a more equitable balance in terms of gender and ethnicity at leadership level across all sectors of education. WomenEd’s discussion forum can be found at www.yammer.com/womened.

Website: www.womened.org Email This email address is being protected from spambots. You need JavaScript enabled to view it.

WomenEd started when a group of women became motivated by many female voices on Twitter and Staffrm, educators expressing frustration at the lack of support for aspiring leaders. There were also the damning statistics showing that school leadership skewed disproportionately male (with 20% of the teaching workforce being men). Through the gaze of #genderedcheese, this appeared to be perpetuated by images targeting young, white, males as future leaders. Another evidenced-based outrage is the gender pay gap. 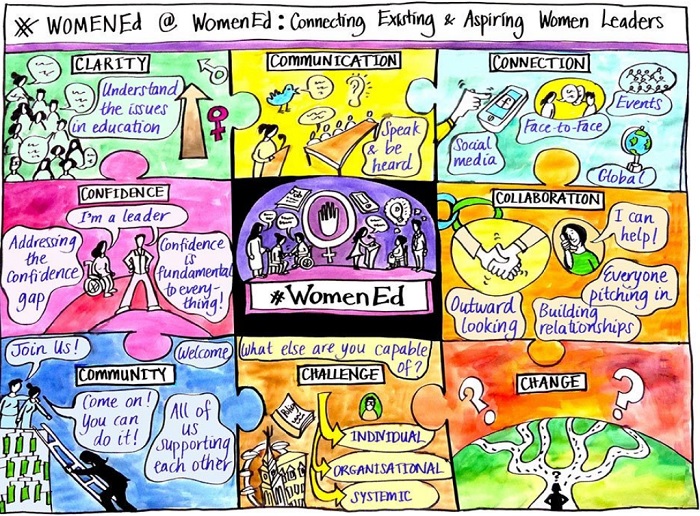 Something in the education landscape needed to change, and #WomenEd wanted to be the forum to lead on this. How were we treated? For the most, with open arms! The majority of men and women were keen to embrace the change needed to create a more equal leadership structure in education. There was backlash, however, which ranged from denial of the problem to anger that the movement had been founded...

“Why was it needed?”
“Women are everywhere in education; in Primary especially, there are more female leaders than men.”
“What about #MenEd?”
“'Isn't #WomenEd sexist?”
“People are given jobs on talent, not tribe.”

Such responses were frustrating, but we stuck to the core message. We never deviating from the statistics, because that's what we knew was harder to argue against - compared to the more nebulous, yet possibly equally important, issues such as unconscious bias. 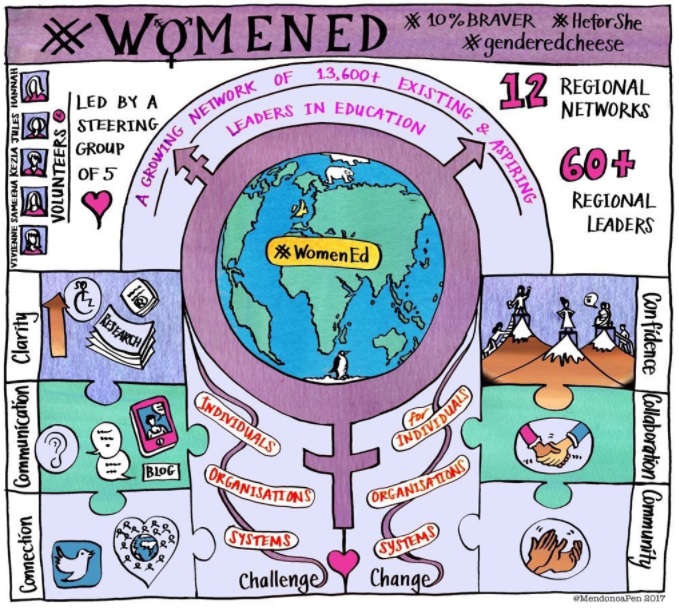 It was clear from the reactions we were receiving - both negative and positive - that we were disrupting the status quo, and ‘disrupters’ is a label we are proud to wear. Since our first Unconference in London two years ago, we have gained over 15,000 followers and 60 regional leaders. We have gone international with networks as far as Canada to Dubai, and in Europe with WomenEd Italy and Netherlands. Drs Kay Fuller and Jill Berry have dedicated research to the women's movement, and we were delighted to be mentioned in the DfE's white paper. To be described as “This year's stand out movement” by Ty Goddard, director of The Education Foundation, was thrilling. #WomenEd was disappointed not to be wholly embraced by the government, who instead gave money to their own regional Women in Leadership in Education (WiLE) networks, but we are working closely with these groups. We have been invited by The Festival of Education 2018 to curate a #WomenEd strand, and we are usually the first port-of-call for statements from the press on gender issues in education. We are proud to be disrupters, and want to thank all our supporters. Finally, we were shortlisted for Outstanding Diversity Network at the Excellence in Diversity Awards 2017, which was a huge honour. We dedicate this recognition to all in #WomenEd, as it’s a truly grassroots movement. Thank you to all our supporters.

Those who know us will recognise our call to action from the indomitable Sue Cowley, and this is the code we live by: ‘10% braver’. We hope you'll help disrupt with us.

Want to receive inspiration like this each week? Sign up to our Community Update and be part of the action!

Register for free to continue reading
Registration is a free and easy way to support us.
When you register, you'll join a grassroots community where you can:
• Enjoy unlimited access to articles
• Get recommendations tailored to your interests
• Attend virtual events with our leading contributors
Register Now
Already got an account?
Login
Read 5301 times
Tweet