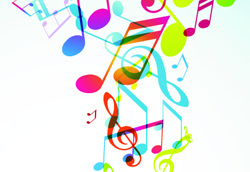 What we can now do is reverse the thought process in order to define the specific elements in the music that have led us to these observations.

Looking at our hypothetical example above, the first line is something of a red-herring but represents how even a somewhat misplaced response can help in our observation and analysis. We wrote that the piece of music in question is ‘folky’ and suggested that the use of fiddle provoked this description. Then we labelled this as being a product of Timbre. There’s nothing wrong in this line of reasoning but what it does do is provide scope for some more in-depth observation and investigation.

How does the use of fiddle suggest folk music. Well, there’s a clue in the fact that we have written ‘fiddle’ as opposed to ‘violin’. Not only is the use of a particular instrument pertinent here but also the way in which it has been played. This has almost certainly been subliminally registered but what we want to do as we go deeper into the music is make conscious such hidden observations. The fiddle certainly produces a distinctive tone or ‘timbre’ but we may have also noticed, possibly without realizing, that in this instance there is very little vibrato in the performance. Similarly, the melody or motif played by the fiddle may well contain a high level of rhythmic repetition (a function of ‘Time’) – and this too would lead us towards the labelling of the music as ‘folky’. The keen listener may also observe that there are often little twiddles or ‘ornaments’ (a function of Time and Pitch) that embellish the melody: again, this would be a factor in our instinctive recognition of the folk genre.

So you can see that one fleeting observation can open the way to a deeper level of listening and understanding. Whether or not one is familiar with the ‘correct’ terminology, anyone can have a go at identifying what it is within the music that provokes a particular response.

Let’s look at the second word in our initial list: ‘gentle’. We have observed that the music is ‘quiet’ and ‘soft’. Again, we can ask ‘how’ is it quiet: is this due to the choice of instrument (or instruments) or is it down to the way the instrument has been played? In this case, a violin has been identified as the main melody instrument: this is an instrument that can be really quite strident or shrill, so we may well note that it is being played softly (Volume, Timbre) and perhaps in a low register (Pitch, Timbre). The gentleness may also have something to do with the form of the melody – perhaps it is slow and lilting (Pitch, Time), with soothing repeating phrases (Pitch, Time) and little dissonance (Pitch)– i.e. no nasty surprises.

At the start of this exercise, I suggested you make as exhaustive a list of descriptive words as possible. I want to reiterate that there are no ‘right’ answers here: the point is to generate quick and uninhibited responses so that everyone can see that their observations are just as valid as the next person’s. We don’t need to analyse each and every word on our list and may well find there is a degree of repetition and contradiction. The latter is very likely, since most musical forms carry some form of contrast – indeed, contrast is a powerful tool in music composition - and one person’s emotional response may be very different to another’s.

By working backwards from the emotional impact or ‘feel’ of the music, through what – in broad terms – it is about the music that evokes those responses, we have then been able to identify the core elements of the music and isolate the formal, structural and technical details of how these have been applied to achieve the end effect. From here, we can build some quite detailed analysis and introduce, where desired, specific musical terminology. But fundamentally, what we have achieved is a pathway: a way towards a deeper and more concentrated mode of listening - an art, as the title suggests, that is sometimes in danger of being overlooked.

In my next instalment, I will present some examples for you to listen to and guide you through the process we have discussed. From there, we can start to think about how to apply our responses and observations of music to other art forms, such as painting, dancing and writing.