Working with the creative genius of children

Phil is a qualified architect with approximately 20 years working experience. He has worked on several prestigious projects including the London Millennium Bridge, Newcastle’s Sage Music Centre, and Halley VI Antarctic Research Station.  Phil loves a challenge. His interests include innovation theory and the development of materials and building systems.

Website: www.DgnBx.com Email This email address is being protected from spambots. You need JavaScript enabled to view it.

It can be easy to forget that a child’s mind works in a wildly-different way to that of an adult. DesignBox Architecture director Philip Wells was reminded of this when he ran a series of creative workshops at a London primary school...

Children learn very quickly. Their learning patterns are led by their conceptual thoughts at first, and then by experience as they get older. When children are faced with new challenges, their thinking methods are not confined to established preconceptions of how things should look or work. Instead they are more fluid, often very confident and usually unique.

For example, the below series of Monster drawings by Jack (age 3) were presented with a very rational and clear description of what each of the monsters did, identifying all their features, and reasoning behind even differences in colour. 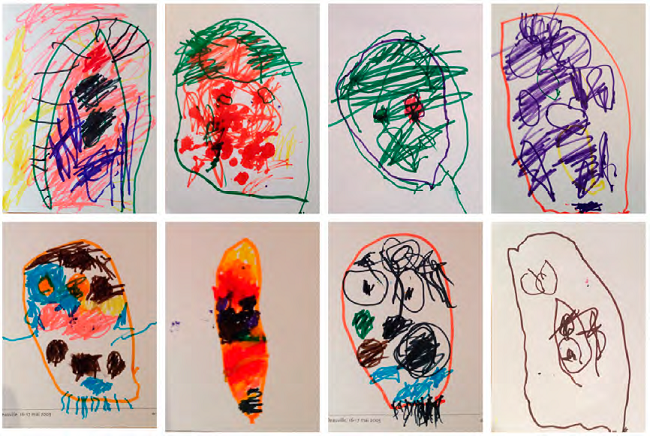 As kids get older, conventions take over, and their creativity becomes more tailored to established preconceptions. Their concepts are represented in a more common artistic language which we all can understand. 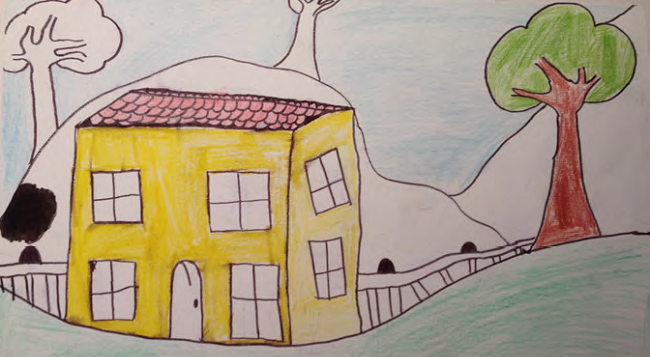 This picture by Bobby (age 9) does not need much explaining. He is also experimenting with
perspective.

I have been running a series of architecture-focused workshops at Furzedown Primary School in London. It’s not about the things which we all take for granted in our built environment, such as walls, windows, doors, floors and roofs. Instead, it’s looks at structure, space, colour, materials and is very playful. Because architectural design is not usually a subject taught before college, we have had the advantage of working with the hidden creativity of enthusiastic Year 5 children (10 year olds) on this very fresh subject.

The series of workshops took place over a summer term and investigated structure, architectural drawing, design, model making / rapid prototyping, and making full scale installations; a sequence of stages stretching from concept to realization of a small architectural project. 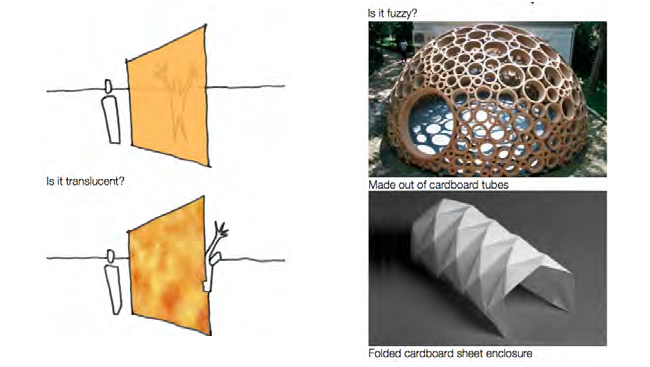 Extracts from the introduction to design: Each workshop began with an introduction to the subject area, and an explanation of what we would be trying to achieve in the lesson. 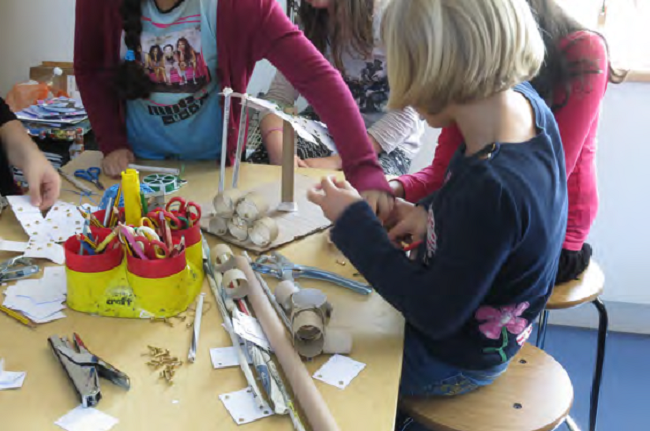 Because the rules of application were not prescribed, children were able to experiment, which led to come involved narratives, and a lot of creative investment. We had a set palate of materials and resources with which to create. These were mostly free or donated, and almost all of it was recyclable. The selection included paper, string, role, cardboard tubes, including large ones from carpet shops, old estate agents boards, sheet card and packing card, nuts and bolts and cable ties.

So with a road map to develop ideas but no set rule book to prescribe how creativity is managed, here are a number of projects which the children came up with:

Here, Labib looked at triangular forms, and how flat surfaces can be turned in to three-dimensional articulated surfaces, to create an exo-skeleton body suit.

We took card and investigated ways in which it could be connected, in order to make shelters and enclosures. These studies were then scaled up with estate-agent boards. Putting slots on the diagonals eliminated any reference to the vertical and horizontal axis. To make them stand up, triangular structures had to be found at unfamiliar angles.

Structural investigations led to drawings and study models for architectural installations. Top-centre was a cool beach hut. Top-right became the Random Funky Festival Pavilion which was developed into a full-scale structure.

Thinking like a child, with naivety and pure experimentation, is a very difficult thing to achieveonce our thoughts are subject to our experience and preconceptions of how the world should be. It has been a real joy for me to witness how the children have worked and developed their paths to design and create their projects. Despite 20 years plus in practice as an architect, this has to be one of the most fun experiences and also one that I have learnt the most from. I hope the children got a lot out of it (I’m sure they did) and I look forward to the opportunity of working with the next Year 5 in May 2015.

Have you worked on similar projects? Let us know in the comments.