Ecsite’s vision is to foster creativity and critical thinking in European society, emboldening citizens to engage with science. Its mission is to inspire and empower science centres, museums and all organisations that engage people with science, and to promote their actions. The network gathers more than 350 organisations in Europe and worldwide. Ecsite was founded in January 1989 by 23 organisations from the young European science centres scene. Over the past 25 years, the association has grown considerably in size and scope, adapting to its members' changing social role and organisational needs.

Website: www.ecsite.eu Email This email address is being protected from spambots. You need JavaScript enabled to view it. 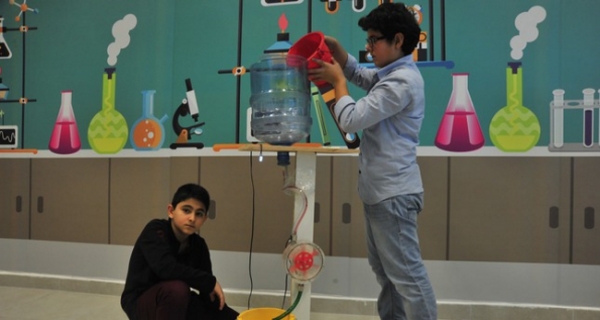 A Pennsylvanian pupil has tackled her germaphobia head-on with a Science experiment that’s been wowing visitors at the local Franklin County Science Fair. 15-year-old Samantha Mills is the creator Germ Invasion, a project looking at the bacteria and fungi content of her grandmother's home, according to Herald-Mail Media. Samantha’s project was on display over the weekend at Waynesboro’s Destination Arts! event which featured youth science exhibits. 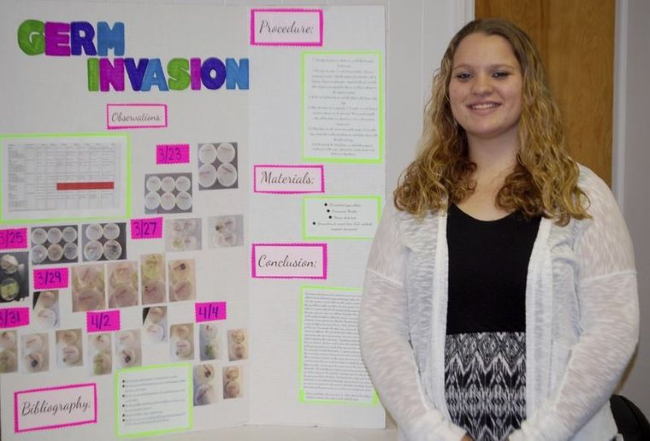 During the event, the James Buchanan High School pupil told attendees about how she’d collected bacteria and fungi from her grandmother's home.

“I wanted to basically figure out how many germs were floating around in the air,” said Samantha. The young scientist gathered samples from her grandmother’s bedroom, kitchen, basement, garage and barn, recorded observations and counted bacteria colonies over the course of two weeks. Her original hypothesis stated that the barn’s petri dishes would yield the most results due to the presence of animals.

“I’ve never used the excuse ‘my dog ate my homework,’ but this time, she really did," said the Mercersburg pupil. "She ate the petri dishes in the barn.”

In the end, it was the basement that offered the largest amount of microbes.

Meanwhile, two pupils in Bursa, Turkey have produced electrical energy by using the rainwater they collected from a roof. According to the Daily Sabah, Ahmet Emir Ceylan and Mehmet Enes Erdem of Dilek Özer Middle School ran the Collect Rain Water, Produce Electricity project. This was done under the supervision of teacher Eda Pınar Tüccaroğlu.

“We mainly produce energy from fossil fuels,” said Ceylan. “However, these resources are dwindling and pollute the environment. Our project neither need lots of funding nor pollutes. It produces clean and sustainable energy.”

The sustainable energy competition won 1st place at Science Fair Project Competition, which was held and organised by Bursa Science and Technology Center, Turkey’s most comprehensive scientific facility. It is part of the Ecsite European network of science centres and museums.

Visit the Herald-Mail Media and the Daily Sabah to read the full stories.