Why you should gamify your teachers

Michael Strachan is deputy headteacher of an outstanding international school in Dubai. He writes a wide variety of materials, ranging from textbooks to opinion pieces on leadership and pedagogy. A seasoned CPD presenter, Michael has been involved in the University of Cambridge's Festival of Science, the Abu Dhabi 'Education experts' conference and occasional guest spots lecturing on the University of Middlesex (Dubai) MA educational leadership course. He is currently writing his dissertation for a Master's in Educational Leadership and Management, at the University of Bath. 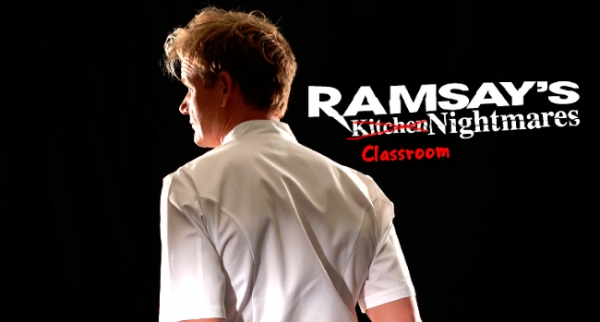 Gamification is essentially about turning all manner of activities into games or competitive activities. Teachers routinely make learning into a game to motivate and interest their students, and so I thought that it might be interesting to take this to the next step and use it with members of staff.

Leading is sometimes about getting people to do things they may be reluctant to do. It may be that there is a necessary but boring administration task that needs to be done or, perhaps, you would like to get your staff to try some new teaching strategies and techniques yet they are resistant. These are common issues facing leaders in education, and using gamification is an easy way to overcome these hurdles. Most people, whether they like to admit it or not, are quite competitive. By tapping into this inherent feature of human nature, it is possible to motivate staff and encourage an increased level of enjoyment in the work that they do. In this article, I will give four examples of how gamification was used with a large department in order to address problems that not only led to resolution of the problems but an increase in staff morale.

Cover bingo
"The prize was me covering their playground duties for a week."
All staff will, on occasion, have to be absent for one reason or another. In my school we do not have cover supervisors or supply teachers, and so all absences must be covered by other teachers who have a non-contact period. Each morning a cover list is emailed out with the expectation that all staff check the list and then arrive to cover the appropriate lesson.

However, far too often, staff members forgot to check the list, which led to students being left unsupervised until the teacher was found. The problem I faced was motivating every member of the department to check that email each morning. To do this, I created bingo cards with the names of 24 staff members on them. Each card was unique, and so each teacher then had the motivation to check the cover email each day. If one of the names on their bingo card appeared on the cover list they got to cross it off. Once they crossed off all of the names on their card they won. The prize was me covering their playground duties for a week, but this was a small price to pay for my whole department arriving on time and in the right place for all of their cover for the rest of the term.

Everyone has their guilty pleasures. I’m no different. Mine is trashy reality TV. Whether it’s Keeping Up with the Kardashians or Ramsay’s Kitchen Nightmares, I Iove a bit of scripted reality. Inspiration often comes from the least likely of sources, and so I found myself employing a technique used by a certain notorious chef with my department. It wasn’t shouting and swearing, though let’s be honest, who hasn’t been tempted with this route on occasion? I’ll explain how Gordon inspired me in a moment, but I first want to outline the problem I had. I was in the envious position of leading a department of, for the most part, good or outstanding teachers. Now, this is a great place to be as a head of department; results were good and lesson observations by the school’s senior leadership team repeatedly identified Science as being one of the best departments. How, then, do you get these successful staff to try something new? The old adage “if it ain’t broke don’t try and fix it” can be very tempting to use as a leader in this position. It was precisely because I had good staff that I wanted them to try new things. I wanted them to takes risks, as I knew that if things didn’t work out they would be able to recover from any harm caused.

So, back to trashy TV. In one episode the angry chef was trying to get waiters in a restaurant to sell all of the dishes on the menu. He motivated them by offering $100 to the first one to cross off every item from their list. I used this as a hook for my teaching technique menu. In a department meeting I asked for each member to suggest one great technique that they used, a ‘signature dish’ to continue the metaphor. Each teacher wrote a very brief synopsis of how to use the technique and then these were arranged into a menu card which staff crossed off once they used them. Being a humble teacher meant that I didn’t have $100 to give away, but the winner was excused from their turn of writing minutes at the monthly departmental meeting (which all of my staff loathe doing) and they were happy enough with that prize.

My school used to have very short break times. 15 minutes was all that a teacher had to get to the staffroom, make a brew, drink it and then get back to their room in time for the next lesson. This led many teachers to forgo coming to the staff room at all. As a consequence, some staff rarely saw or spoke to one another, and this was bad for team spirit and also for communication within the department. A packet of biscuits or box of doughnuts were sometimes enough to increase attendance, but nowhere near to capacity. I needed a way to get staff to feel obliged to socialise more without feeling forced to come to the staffroom. To achieve this, I combined two things I knew the team loved: eating and competing. 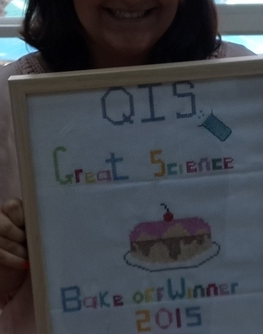 Each week, a different member of staff had to bake something for the rest of department to eat at second break on Thursday. The offerings were then scored against a variety of criteria including taste and appearance. The fact that a colleague had gone to the effort of baking something for them to eat was enough motivation to get everyone into the staffroom.

The pressure of being judged on what you made also ensured that the creations served up were of top quality, week in and week out. I was a victim of this pressure myself, as I spent five hours building and decorating a giant gingerbread house complete with gingerbread men and women. All scoring was kept strictly anonymous, and then at the end of term there was a grand prize-giving. The teachers loved the game so much that after the first round, which was administered by Innovate My School’s very own Matthew Broderick, a second ‘savoury’ round was immediately begun. The ‘draw’ for who was allocated each week was an eagerly-anticipated event attended by all with cries of “Yes, I got the week before Easter. I can make hot cross buns” and moans of “But my mince pies just won’t be the same if I make them in May!” Soon, staff were swapping recipes and kitchen equipment, as well as making more of an effort to get into the staffroom to speak to each other at break times.

The end of the Autumn term is always a time when teachers are running on empty gas tanks. The long slog towards the Christmas holiday often leads to staff having short fuses, and sense of humour failures. Last year, my department also had to contend with an external inspection and all the additional work that this entails. We had two weeks of term left, and the grey faces in the staffroom told me that I needed to do something. I started with the tried-and-tested method of biscuits and cakes. Though this did improve the mood, it barely made an impact on the level of overall morale. How could I cheer the team up but also allow them to let off some steam at the same time?
"None of the staff knew who was trying to murder them."
I decided to run a real live murder mystery, with my inspiration coming from the classic board game Cluedo. Each teacher was given an envelope with the name of another staff member, a location and a ‘weapon’. To kill their victim, staff simply had to touch them on the shoulder with the weapon in the designated location. The weapons chosen were all innocuous enough - specific types of confectionary, pieces of fruit, cuddly toys - but also just ridiculous enough to cause chuckles. Whenever a teacher killed their victim they then received the victim’s envelope, and so the game continued until there was a single winner. None of the staff knew who was trying to murder them and so there was a real element of intrigue.

After a slow-burning start, the department were obsessed with the competition. One particular Chemistry teacher tried to lure her victim into the school admin office. Being a shrewd fellow, the victim demurred as he knew what was in store. However, the Chemistry teacher heard that her victim desperately needed to use the laminator and so she placed it on the desk in the admin office and sat down next to it with a huge pile of marking. The victim had to grimly accept his fate to gain access to the laminator. Every break time was greeted with the repeated question “Are you still alive?”, and over the course of the week fewer and fewer were able to answer “yes”. The teachers got to have fun and let their hair down while being faintly ridiculous. An unexpected side effect of this game was the sheer joy the staff got from murdering one another, even if it was just pretend. I’m sure a few of them were living out long-held fantasies!

Obviously not all situations can be gamified - the relationships between staff and the climate of the school are important factors to consider in whether or not you should attempt to use this technique. However, as a way to increase staff morale and have some fun, I know I’ll continue to look for ways to get them to play.

Do you use gamification techniques with your colleagues? Let us know below!