Simon Bendry is the programme director of the government-funded First World War Centenary Battlefield Tours Programme, run by the UCL Institute of Education (IOE) and tours provider Equity. The free programme gives two students and one teacher from every Secondary school in England the chance to visit the battlefield sites in Ypres and the Somme. There are only four tour seasons left before the programme concludes in spring 2019, and teachers can sign up via www.centenarybattlefieldtours.org.

Website: www.centenarybattlefieldtours.org Email This email address is being protected from spambots. You need JavaScript enabled to view it.

A century on from the First World War, today’s students are increasingly distanced from the lives and experiences of those who fought in the conflict. There are fewer and fewer people who can talk to grandparents and great grandparents about the war, and how it affected people living at the time, from soldiers to women and children on the Home Front.

With this challenge in mind, it is becoming ever more important that we develop innovative and creative teaching methods, so that students are engaged and inspired by the study of historical events “Students now have a deeper understanding of the their local community 100 years ago.”such as the First World War, which will be the main example used for this article. Reading textbooks, seeing pictures and learning the facts of the war can only take students so far in giving them an understanding of its significance. Opportunities need to be created to deepen their understanding of the events.

To really ignite the interests and passions of our students, we must make the subjects such as the First World War personal and relevant to them, and enable them to feel and connect to the events of a century ago, as opposed to simply thinking about them in an abstract sense. There are a many ways that schools are doing this, and teachers across the country can draw great inspiration from their educational practices.

Lots of schools are taking their students on battlefield trips and tours, which provide a tangible insight into the locations associated with conflicts such as the First World War. By visiting places such as Ypres and the Somme, students can picture the events and battles that they have read about in books and begin to gain a deeper understand of what happened there. They can also ‘follow in the footsteps’ of those who served.

Getting out of the classroom and into a real-life setting such as a former battlefield allows students to visualise the conflict in a way that they would never be able to in the classroom. Also, a visit to a site can inspire further creative teaching methods, which can then be used back in the classroom to great effect. There is much that teachers can do to draw connections between their local community and the war, inspiring students through the study of their own communities’ role in the war. 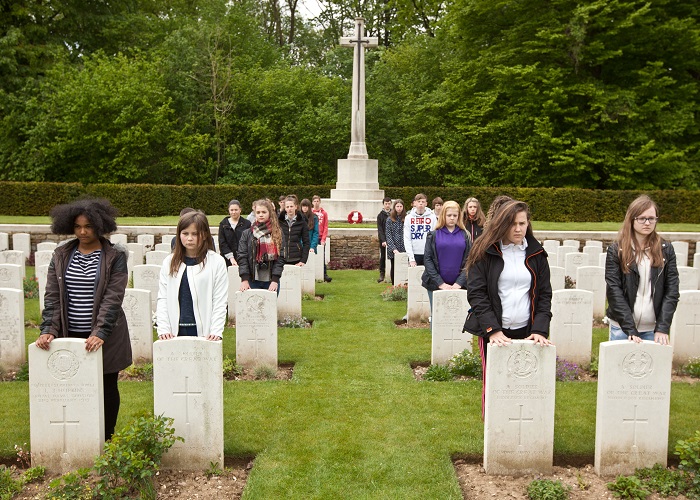 At Levenshulme High School in Manchester, for example, students have studied the background of the local soldiers who are honoured on a plaque in the school hall, led by History teacher Laura Oldroyd. Having not previously understood the relevance of the plaque, students now have a deeper understanding of the nature of their local community 100 years ago. They understand the impact that the loss of those named on the plaque had in shaping the community after the war. The personal stories of these soldiers are now forming the bedrock of the school’s work on the First World War, with students examining their reasons for joining the army, their experiences during the war, and the way in which their participation shaped the local community’s understanding of significant national and global events.

This localised approach to learning allows students to bring an abstract historical event into their own immediate surroundings, and engage with the events in a much more personal way. To make History education relevant like this, teachers can also link the conflict to what is going on in the world right now. Students have a great passion for partaking in debates about current events, and if they can make connections between the past and the present then their enthusiasm, levels are likely to rise dramatically. 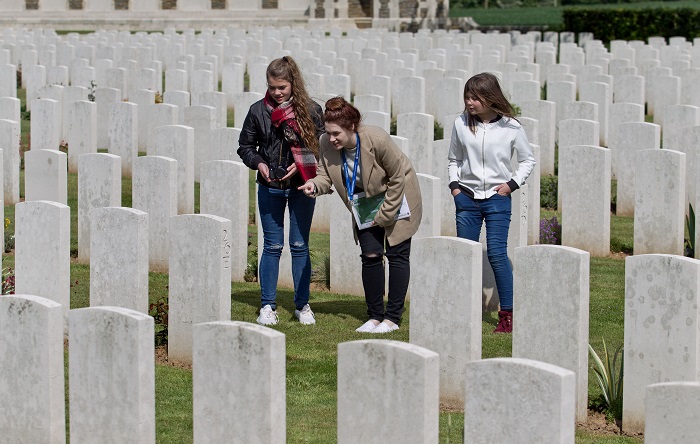 This approach has been seen at Henry Cort Community College, in Fareham, where History teacher Claire McKay has encouraged students to think about the connections between the nationalism seen during the First World War and that displayed in aspects of the Brexit referendum last year. Given the emotive nature of the Brexit debate, and the way in which the departure from the European Union will affect the future lives of students, introducing this topic has provided an impetus for Claire to engage her students, and have them ask questions about the nature of nationalism. Students have then been able to contrast this with the First World War, discussing whether the recruitment posters used were morally justified in their attempts to get people to serve their nation.

While traditional teaching methods remain important, it is important that we continue to develop creative approaches to teaching History, so that students develop the passion and excitement for the subject. Whether it’s visiting battlefields, drawing on links between the local community and past events, or bringing in current affairs there are a number of ways that schools can make history personal and relevant to students, and in the process help them engage with events that have shaped our country in profound ways.

Register for free to continue reading
Registration is a free and easy way to support us.
When you register, you'll join a grassroots community where you can:
• Enjoy unlimited access to articles
• Get recommendations tailored to your interests
• Attend virtual events with our leading contributors
Register Now
Already got an account?
Login
Read 7798 times
Tweet