Take your class on a virtual trip to Colchester Castle

Colchester Castle is a Norman castle in Colchester, Essex, England, dating from the second half of the eleventh century. The keep of the castle is mostly intact and is the largest example of its kind anywhere in Europe, due to its being built on the foundations of the Roman Temple of Claudius, Colchester.

Website: www.colchester.cimuseums.org.uk/visit/colchester-castle/ Email This email address is being protected from spambots. You need JavaScript enabled to view it. 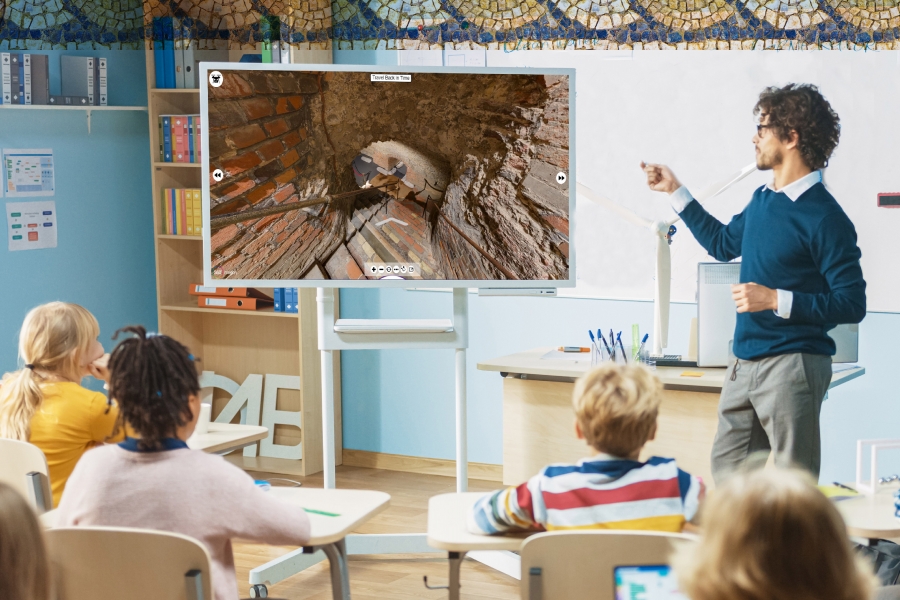 Colchester Castle’s new digital learning programme enables your class to take part in a trip to Colchester Castle without ever leaving the classroom! Whether you are a local school in Essex, or in another part of the country, your students can immerse themselves in Colchester’s story and learn all about the mighty Romans.

Colchester is synonymous with the Romans. Once the capital of Roman Britain, Colchester is often regarded as Britain's First City and played an important part in the changing dynamics of the entire country after the Roman Invasion. Home to three Roman theatres (more than any other town in Britain) and a magnificent Roman Chariot Racing Circus. In fact, this is the only known Roman Circus in all of Roman Britain. Further evidence can be found of Roman Britain by looking at its town walls.

Colchester’s has the earliest, longest and best-preserved Roman walls in Britain and today over two thirds of its vast defensive walls still survive. The entire wall circuit is 2,800 metres and would have once stood nearly six foot high. Dating from AD65-80 its construction started following the destruction of the town by the revolt of Queen Boudica against the Roman rule. Today, the original main entrance gateway to the town, Balkerne Gate still survives and is used daily by people walking in and out of the town centre.

It is against this backdrop that Colchester Castle stands proud today. The Castle is Europe’s largest Norman Keep, built on the foundations of the Temple of Claudius, the central focus for Boudica’s revenge on the Romans and is today packed full of magnificent treasures.

The Museums team have devised a new distance learning programme, Castle In The Classroom to help teachers bring to life Colchester Castle’s rich history and historic past. Students can ‘step’ into the Castle through the creation of our new engaging 360-degree video tour of the Castle’s vaults. The vaults were originally the foundations of the Temple of Claudius, built almost 2,000 years ago!

The children will follow Steve, our museum expert, who will lead them through video and static images that can be explored in 360 degrees by clicking on arrows to explore rooms and objects. Alongside the video there are a number of suggested activities for the children to take part in to make the experience fun and engaging. Throughout the video there are text panels for the children to read or alternatively they can be clicked on to hear an audio description with voice-overs by local children.

There are two packages available to hire, one of which comes with the option of a loans box which includes real and replica artefacts for the children to handle and goody bags for the whole class.

We would invite you to get in touch with Colchester Museums to find out more. Begin exploring on our website at www.colchester.cimuseums.org.uk/castleintheclassroom, or email us on [email protected]

We look forward to working with you soon.