2young2code was set up by two University students and programming enthusiasts to offer young people courses in how web applications work by teaching them coding.

Website: www.shakespearesglobe.com/education Email This email address is being protected from spambots. You need JavaScript enabled to view it. 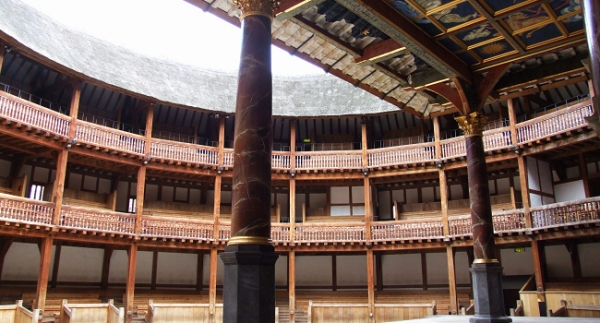 Shakespeare’s Globe 360 was created by Globe Education and developed by Play Nicely. The resource presents a faithful replica of the original Globe built in 1599, with augmented reality allowing the option for complete immersion. Users can walk through virtual oak doors, and they can view and explore the theatre from six different locations. These include an actor’s-eye view from the famous stage itself, backstage in the tiring-house and standing in the Yard, where they can re-enact the Elizabethan audience’s experience, tilting their device to look up at the sky and the circle of thatched roofing.

“When we’re exploring Shakespeare plays, we look at the text but it’s so important to think about the audience and the broader theatrical context too,” said English teacher Nick Bentley. “That’s the beauty of the app: it really allows the students to understand what it’s like from different points of view, the audience and the actor. The students have loved clicking on the different sections to learn more about the history of the Globe, and how that interplays with the rest of their studies too.”

Information hotspots throughout Shakespeare’s Globe 360 reveal videos from Globe scholars giving historical context, facts about the building past and present, and images from previous stage productions.

Patrick Spottiswoode, director of Globe Education, said: “Sam Wanamaker, the Globe’s founder, asked over and over again what we might do for the ‘child in Stornoway’ who was not necessarily going to be able to come to Shakespeare’s Globe in London. He would have loved the digital world and would love this app which allows students in Stornoway or Shenyang in China the opportunity to explore the Globe Theatre for themselves in their homes or classrooms.”

Natalie Jim, Drama Curriculum leader at Sarah Bonnell School said: “We are lucky to be able to take our students to the Globe through the Globe Education projects but obviously we can’t take everybody. This app actually brings the Globe into the school in a very real way.

“Shakespeare’s Globe 360 definitely has the ‘wow’ factor – the students are absolutely engaged and inspired by it. We’re very much about student-led learning and what’s lovely about Shakespeare’s Globe 360 is that they can take control of their learning; there’s no right or wrong, and they can explore it as they want to, at their own pace.”