Why we launched 1:1 learning in our school

Apple-distinguished educator (ADE) Ruth Smith is a Primary Computing special needs teacher at Westmorland School in Chorley. She loves exciting new technology and finding ways to inspire her pupils to learn. Westmorland School is in the process of becoming a one-device-per-child school, and Ruth Smith enjoys looking at different apps to finding learning and teaching more interesting. She also leads the SEN CAS hub school for Lancashire and Bolton. She is a co-founder of Tech Teach Goals.

Website: www.techteachgoals.wordpress.com Email This email address is being protected from spambots. You need JavaScript enabled to view it. 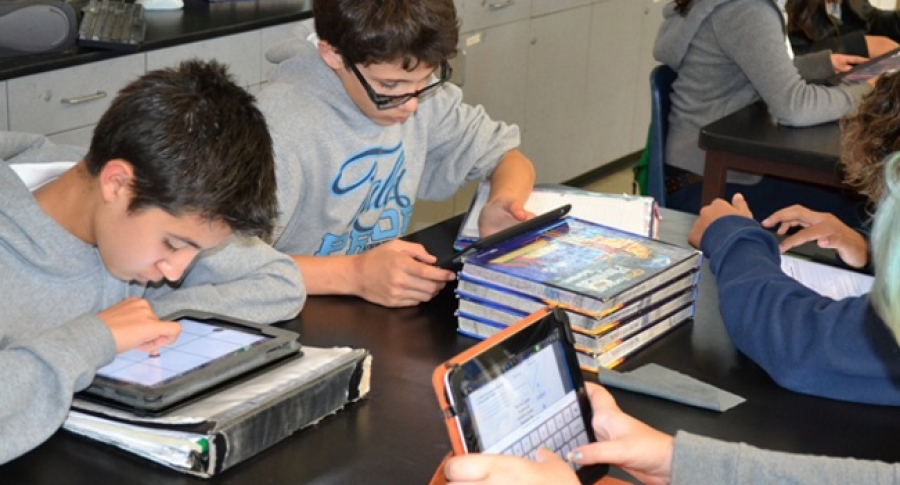 "The trial included using the iPads as a tool for learning, but also how they would make learning more enjoyable."

It was decided that as a school we would develop and trial one iPad per a child. I found that, from my experience, it was important to visit other schools and conferences to look at how they are being used, but also understand that they are not a replacement to pen and paper - they are a tool to aid learning. As a whole school we had to look at changing the whole pedagogy of how it worked to ensure that this project was going to be effective.

The first stage was trialling the iPads with my class, in order to make a decision about if we were going to take this across the whole school, by looking at the impact it had on the progress of the pupils. The trial included using the iPads as a tool for learning, but also how they would make learning more enjoyable. This project proved to be very positive, both with the pupils’ engagement in learning, but also their academic progress, which increased by 129%. As the trial was so successful, it was decided to roll out iPads across the school to all pupils.

As a teacher I noticed many different aspects of technology which enabled the pupils to make progress when using the iPads. Their engagement during lessons has improved since using the devices. An example of this is where we introduced our new Greek topic with a trailer created using iMovie. The pupils got excited about what it was about, and wanted to make their own from what they learnt.

The iPads have reduced barriers to learning, particularly with pupils who struggle with regular teaching methods. For example, when teaching the features of a non-chronological report rather than writing down the features, they used Adobe Voice to produce a video of the features, enabling them to record it and play it back to themselves. As a teacher, I have found that I am able to differentiate for pupils further by using Showbie and personalising the learning for all pupils I find that I can set out the whole lesson through a written or voice note to the pupils allowing for individual work to be set.

Creativity is an important aspect to develop with SEN pupils, and the iPads have enabled this. We have used Do Ink green screen app, which is a fantastic, simple resource that allows pupils to produce videos. We used it in class to produce a video as if the pupils were in space.

Many of the pupils have commented that they enjoy learning using the iPads and, on many occasions, comment that they don't realise they are doing work. 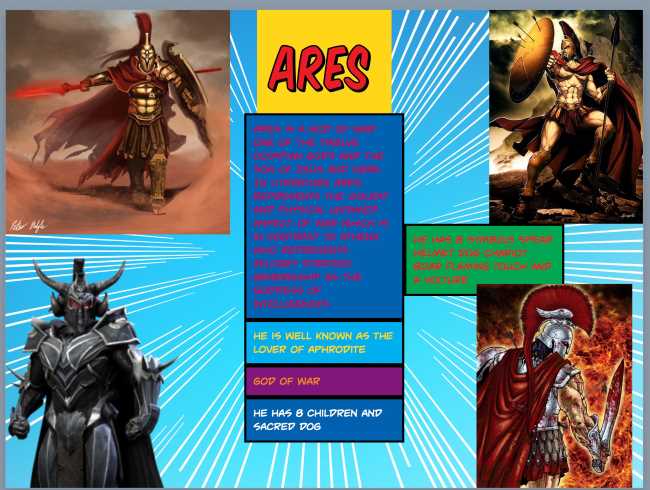 My class loved using Chatter Pix within a literacy lesson to get a Greek God to explain who they are within a myth. I have found that if the pupils are enjoying the learning, all other aspects of learning will come.

As part of our implementation of iPads across the school, we also developed the role of digital leaders. This allowed the pupils to develop responsibility for different aspects of technology and iPads across the school. As well as this, we have made sure that the pupils are aware of their responsibilities with their own iPads, which has been included in our iPad agreement. This has been an important life lesson teaching pupils about what they need to be responsible for.

"Since the implementation of iPads, the pupils have become more independent, allowing their confidence to grow."

The biggest aspect that I have found since using the iPads with my class is the independence that they have developed. Many of these pupils used to rely on staff support to assist with them with their learning. However, since the implementation of iPads, the pupils have become more independent, allowing their confidence to grow. Showbie has allowed pupils to develop their independence; they are able to complete their work from an explanation which is sent to them. Their work is then sent back to them, with feedback allowing them to improve on their work. The pupils enjoy using this app as they feel like they are having an email conversation with me as well.

Since we started to use the iPads we have done continuous surveys with the pupils, looking at their views of using the tablets in class and how we can continue to improve. Pupils regularly comment that they think the devices have helped them to both progress and also improve their behavior, as they feel they are more engaged in their learning and find it more interesting.

As with all big change such as this there have been challenges. I would highly recommend getting together a small leadership team who have lots of enthusiasm that they will share with their colleagues. I have found that it is important to run training sessions with the staff. The most successful ones that I have run have encouraged the staff to have fun via competition and challenge, but also to learn at the same time.

Over the next few months all our pupils will be having iPads. We will also be running CAS hub meetings for Primary and SEN schools based around Computing and iPads. One thing I have always said to our teachers since we have started this exciting journey is that we are now teaching children who will have jobs that don't exist. We need to continue to use up-to-date technology to ensure that we are preparing them in the best way we can, and with our special children, use it to aid them learning and remove some of those barriers they may have to learning.

Do you conduct 1:1 learning in your school? Let us know in the comments!