Samsung Electronics inspires the world and shapes the future with transformative ideas and technologies, redefining the worlds of TVs, smartphones, wearable devices, tablets, cameras, digital appliances, printers, medical equipment, network systems, and semiconductor and LED solutions. They are also leading in the Internet of Things space through, among others, their Smart Home and Digital Health initiatives.

Website: www.samsung.com/uk/citizenship Email This email address is being protected from spambots. You need JavaScript enabled to view it. 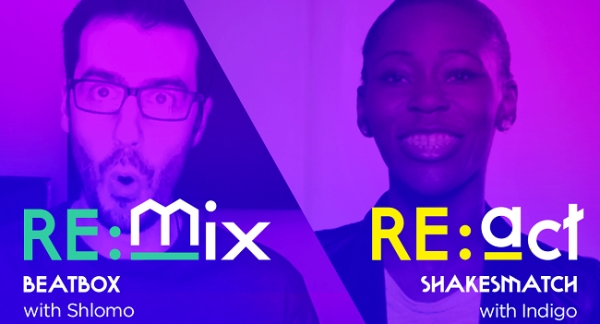 The Royal Shakespeare Company (RSC) and Samsung Electronics UK and joined forces to develop and launch a new app which is set to inspire a whole new generation with Shakespeare’s work. RE:Shakespeare aims to transform the way pupils experience the work of Britain’s most prolific playwright, in and out of the classroom.

RE:Shakespeare will be available to schools as of September. It will be focusing on Much Ado About Nothing, with thematic links to and quotes from 19 other Shakespeare plays also included. The resource is designed to help learners re-interpret, re-mix and ultimately perform alongside RSC actors.

Hosted by RSC alumnus David Tennant, the app engages pupils with the help of various coaches, ranging from rappers, to spoken word poets and RSC voice coaches – all cast with students in mind. These popular faces transform tricky lines into lyrical challenges and ultimately prepare young people to perform alongside RSC actors in the 360 environment of the Royal Shakespeare Theatre.

“400 years on, Shakespeare remains Britain’s preeminent playwright,” explains RSC executive director Catherine Mallyon. “His plays are part of our cultural inheritance and a curriculum requirement. The RE:Shakespeare app helps young people to relate to Shakespeare’s work in a completely new way. It invites them not only to work with a truly exciting range of artists but also invites them onto our stages through the use of really innovative technology. That’s a great combination and one that we hope will enable many more young people to enjoy Shakespeare’s work.”

Andy Griffiths, president of Samsung Electronics UK & Ireland, said: “Working with the RSC to develop the RE:Shakespeare app has allowed us to build on our commitment to inspire students’ learning through technology. We know technology has a positive impact on pupils’ engagement and their ability to learn, so what better way to engage with Shakespeare then by giving it to them in the palm of their hand? The beauty of the RE:Shakespeare app is that it makes learning accessible, so whether you’re on the bus, in the classroom or revising at home you can get to grips with the Bard wherever you are.”

The rollout of RE:Shakespeare has begun across selected Android devices, and is free to download on Google Play.