My education-adventures in the Amazon

Neil Emery is director of Trilby and passionate about the effective use of technology in education. Ask Neil about his own education experience and he's quick to highlight the failings. “I was told to read a text book because I had an exam coming up, so it was always about information and never about knowledge”. Now at the age of 43 Neil is learning more than ever because of technology and is keen to impart this fact when delivering training to teachers. Certified as an Apple Distinguished Educator, Apple Sales Trainer and Apple Professional Development Trainer Neil works all across the UK and into Europe, with the Baltics being a regular destination. Neil also finds time once a year to run a technology project in the Ecuadorian Amazon Rainforest, showing young people in communities there, the power of technology when it comes to learning.

Website: www.trilby.co.uk/ Email This email address is being protected from spambots. You need JavaScript enabled to view it.

The writing is already on the wall, so its not about becoming an eco warrior for me, it's about taking the opportunity to use technology to up skill those students currently schooling in the rainforest. Oil boom towns such as Coca mean young people can quickly find themselves pulled into the drugs or prostitution trade. So the need for an education is extremely important for these young people.

In 2010 I was lucky enough to visit the Ecuadorian rainforest thanks to my good friend Annie Laughrin. Annie, being Annie, had thrown herself out of an aeroplane dressed as a cow for charity, and won a competition with ice cream manufacturer Ben & Jerry’s. 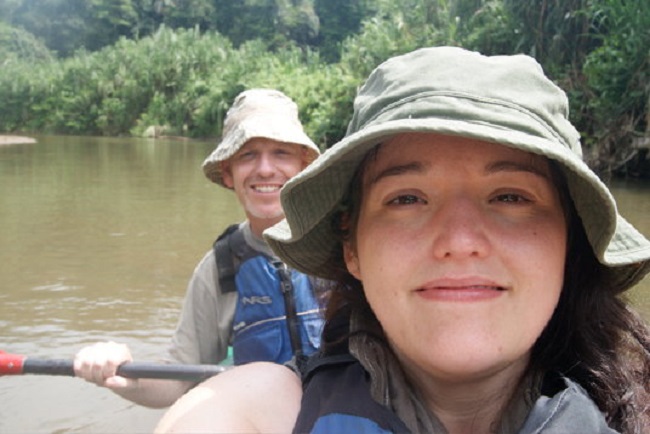 The prize was an all expenses paid visit to the Ecuadorian rainforest, including a jungle experience with a tribe called the Waorani. The Waorani were once one of the most feared Ecuadorian rainforest tribes, but now are focusing on eco tourism to sustain their lifestyles and their futures.

During my time at the Waorani ecolodge I met a young American teacher called Ciara Wirth, who was running the local school within the community. Ciara is an extremely passionate young lady who was working hard to bring the Ecuadorian national curriculum to the young people of the Waorani community. Keen to deliver a varied curriculum to her students, Ciara asked me if I would return the following year to deliver an Apple technology-focused project. How could I have turned down such a wonderful opportunity? My Amazon project was born.

The project in 2011 saw me work with Waorani students creating video projects to bring awareness around who they were, how they lived and the importance of where they lived. Projects ranged from making spears and blowpipes, hunting, pottery making, food and drink and rainforest medicine. As well as creating video content, the project also focused on creating a closer relationship with young people of the Waorani tribe and their elders. There was a worry that traditions were being lost as the young people are exposed to more westernised ways. Creating video projects around traditional practices means these practices are documented for a lifetime and can be used to educate new members of the tribe.

During the project, skills learnt by those young people were as follows:

• Through participation, the young people learnt how to organise and project-manage by having to plan shots using storyboarding techniques and working in teams. They had to agree on the delegation of tasks, assuming specific roles and being flexible and resourceful in their approach dealing with problems that arose. 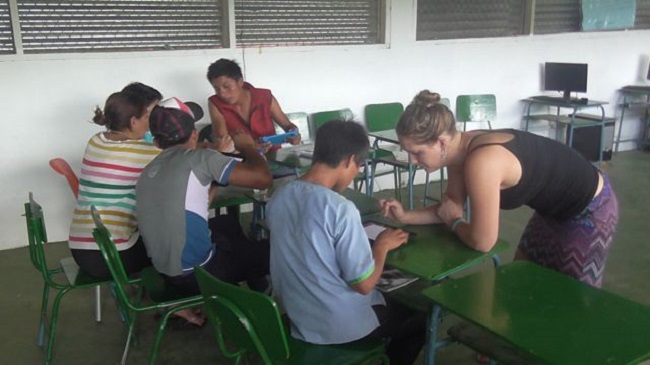 After the success of my 2011 project, I returned to the Ecuadorian Amazon Rainforest in December of 2013 to deliver a three week project. This time I would work with two different communities, those being the Anangu and Secoya. Since the 2011 project, American teacher Ciara Wirth had become a mother and was now out of the rainforest. But my jungle guide from 2010/2011, and now close friend, Jose Zambrano would provide the crucial support I needed over the three weeks.

This time I wanted to create a stronger window between my UK partner schools and my participating Amazon schools. I wanted pupils from different continents to experience different cultures and environments. Pupils in the UK when covering the rainforest will use education materials that never quite bring the topic to life. I wanted to create real life experiences that UK pupils could immerse themselves in, but also wanted Amazon pupils to gain an understanding of school life in the UK.

For me, the best way to do this was by creating digital books using the popular iPad app ‘Book Creator’. Books would contain text, image, audio and video content, and would outline specific pupil experiences and likes. UK schools created their books first and these were preloaded onto the project iPads being taken to Ecuador. The first part of the 2013 project was to let Amazon pupils access the digital books to find out more about daily UK school life. Then, over a two week period, 40 digital books were made by our pupils from the rainforest. These finished books were uploaded to Dropbox and made available to my UK partner schools giving pupils a real life experience of school life in the Amazon rainforest. Two of my UK partner schools were even lucky enough to Skype live with young people from the Amazon. As well as returning to all partner schools to present my experiences teachers and pupils from Flitch Green Primary School accompanied me to the Regent Street Apple store where we were asked to present our 2013 project. A great experience for all involved.

Completed project aims were as follows:

• ‘Finished eBooks to contain a mixture of text, image, audio and video and be uploaded to dedicated cloud based storage.’

• ‘Finished UK books taken to the Amazon preloaded on iPads for Amazonian students to access and read.’

• ‘To create a window between students in Amazonian Schools and those who attend our partner schools in the UK. A window that allows young people to document the differences of their communities and environments.’

• ‘Students to gain involved knowledge, lifelong skills and confidence, increasing their capability to identify, plan, participate in and to build creative media projects.’ 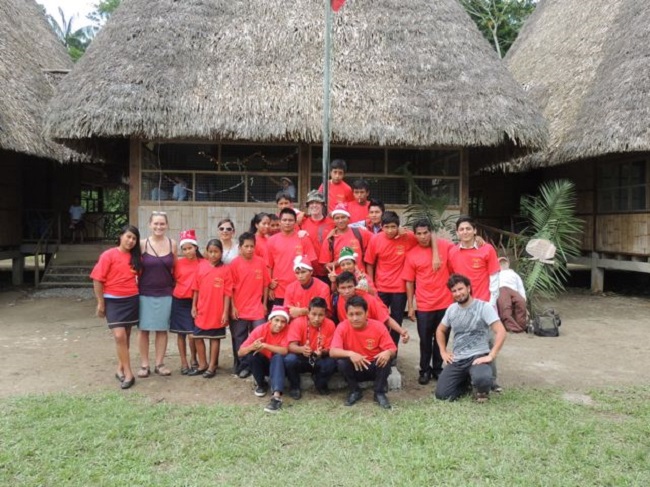 In December 2014 I will once again return to the Ecuadorian Amazon rainforest to run my third project. Again I will work with young people from the Anangu community, with the project focus this time being on river pollution. With the sponsorship of Pasco Scientific, participating schools in the UK and the Amazon will use a special water quality kit to measure the levels of PH, Oxygen, Conductivity and Temperature in their local rivers. A pre-made iBooks Author template will then be filled in to outline ‘what causes river pollution’ as well as ‘what action can be taken to prevent it’.

One combined iBooks Author publication will be uploaded to Apple’s iBooks store and made available for paid download. All proceeds will go back into the project, so participating schools can finally create a marketing plan promoting the finished publication, helping to increase awareness and sales. This year I want schools in the UK and my school in the Amazon to work on a more professional-feeling and polished outcome to highlight the pollution of rivers globally

Project aims are as follows:

• Using a mix of iPad and Mac technology, students to use science data loggers from Pasco to record levels of temperature, oxygen and conductivity in the Napo river (The Napo river leads directly into the Amazon river).

• To create an iBook Author publication that covers the following topics:

What is river pollution

• To create a fully finished iBook Author publication based on river pollution that is uploaded to Apple's iBookstore for paid download.

• Finished publication to contain a mixture of text, image, audio and other rich media

• To create a marketing strategy that encourages paid download of the finished river pollution publication. Proceeds to directly back into the project.

• Students to gain involved knowledge, lifelong skills and confidence, increasing their capability to identify, plan, participate in and to build creative media publications. 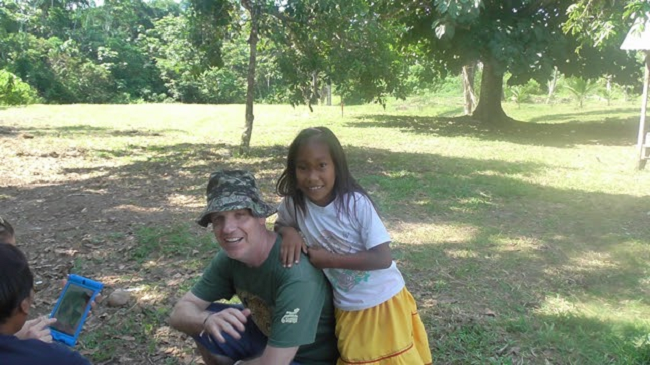 Have you undertaken any education projects abroad? Share your experiences in the comments.