How 16-year-old Ross Lowe went from user to maker

The Tablet Academy is a leading provider of consultancy and training in mobile technologies for education. Previously known as iPad Academy, now independent and device agnostic. Founders Professor Steve Molyneux and Mark Yorke believe the ability to use technology is becoming as fundamental to a child's development as a child's ability to read and write.

Website: www.tablet-academy.com Email This email address is being protected from spambots. You need JavaScript enabled to view it.

Student Ross Lowe, 16, discusses his journey with the micro:bit, from user to contributor, to designing and releasing his own ‘Maker’s Kit’.

I’ve always had a passion for code.

It would be difficult to identify the source of this. I, like many keen young coders around the country, have always found ICT lessons unfulfilling and my technologically-inept parents were hardly the inspiration for this interest. Since I was eight years old I have been writing computer programs in my spare time, always looking for the next project to start or programming language to learn in the evenings and after school. Especially the thrill of the next opportunity to create and share something with the world. After creating countless apps, websites, programs and games, I found myself searching for my next big project.

When I was introduced to the micro:bit I was immediately captivated, and decided that working with this technology was an opportunity not to be missed.

The micro:bit, for the uninitiated, is a small programmable circuit board with 5x5 programmable LEDs, 2 buttons, and a host of additional sensors and features that can be plugged into any computer (or connected to a smartphone) and immediately programmed. The very tactile nature of the micro:bit is one of its most vital features, allowing owners to immediately write code and see how it works in your hands. The instant gratification of actually seeing and understanding how your code physically works is inspiring and should, in the hands of a million school children, ignite a nationwide passion for code. The micro:bit should also empower young people to start creating their own content and I’m hoping my story can help to inspire that.

Within days of first using the device I had written some documentation for the Block Editor which is now live on the micro:bit website and part of the official documentation. I also discussed the micro:bit on the BBC Radio 4 Today programme, during which I demonstrated an early version of my own kits to John Humphries as well as a short piece on the BBC One Show in March 2016. Earlier that month, having spent almost a year of discussions with educators and students, I had designed my own physical expansion board for the micro:bit. After numerous design tweaks I taught myself how to design a printed circuit board (PCB) and used pocket money to create my own physical expansion board for the micro:bit. 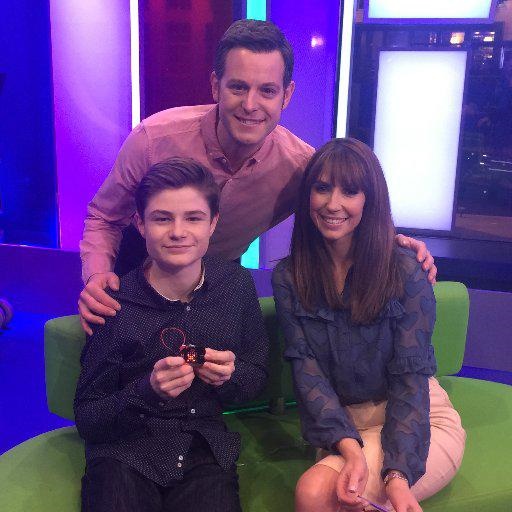 Demonstrating the micro:bit on the BBC One Show in March 2016 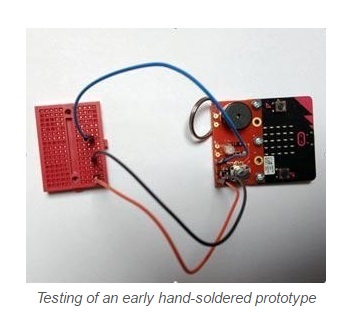 Many months (and a dozen prototype boards) later, I had finally designed, fabricated, and commercially launched my own expansion kit for the micro:bit: the ‘Maker’s Kit’.

The kit features a rotary potentiometer (for analogue input), a bi-colour LED (popular with 'traffic light' projects) and a piezo sounder (allowing the micro:bit to make tones), as well as additional ports for connection to a 'breadboard' with bundled jumper wires. The main aim of the kit is to allow users of the micro:bit to code physical components without worrying about losing individual components or struggling with wiring electronics: the kit screws directly onto the micro:bit, allowing inventors to take their projects with them. 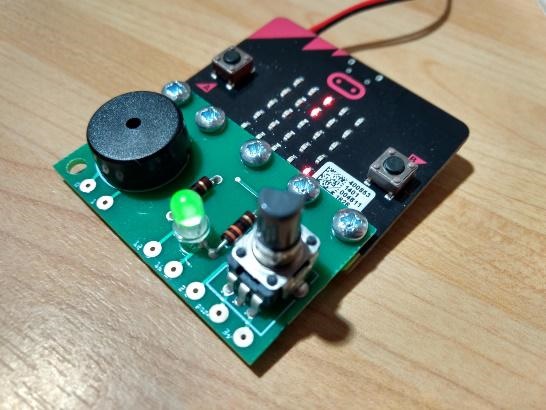 The Maker’s Kit connected to a micro:bit demonstrating the ‘pixel shooter’ program featured in the included documentation

I’m hoping my story will inspire other young people to fabricate their imaginations into reality. I have spent months designing, building, and marketing my own ‘Maker’s Kit’ including establishing a Private Limited Company (Bross Computing Ltd.), a website, and full product branding. My story epitomises the how the micro:bit can galvanise a young person into becoming an entrepreneur and I am by no means a special case. With the micro:bit and fantastic tools now available to millions of schoolchildren around the country every student can now make and launch their own technology like I have. I am optimistic that the micro:bit and my own Maker’s Kit will inspire the inventors, coders, and entrepreneurs of the future, and I’m excited to see what happens next! 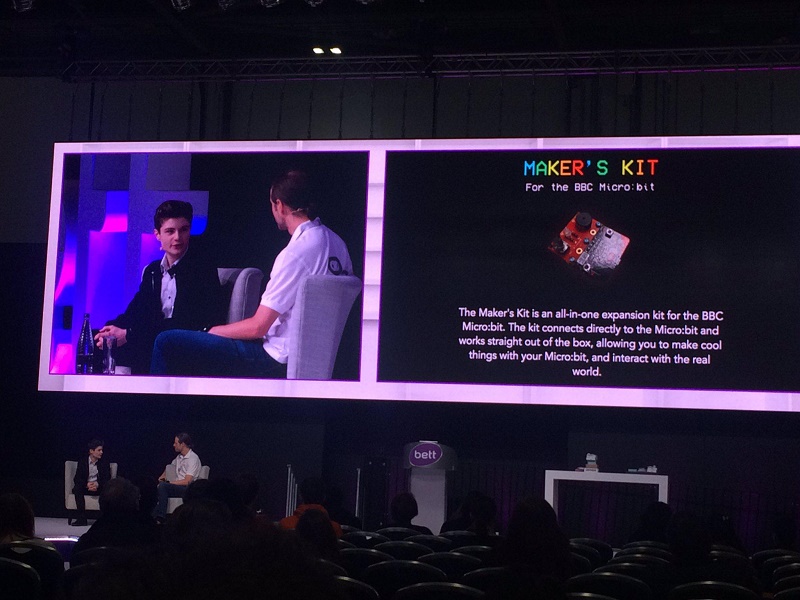 Discussing the Maker’s Kit and the future of the micro:bit at Bett 2017 with Micro:bit Foundation CEO Zach Shelby

The Maker’s Kit for micro:bit is now available from the Tablet Academy online shop: www.tablet-academy.com/shop/microbit/533-makers-kit.html

Learn more about Ross’ journey on his website at www.bross.tech.

Register for free to continue reading
Registration is a free and easy way to support us.
When you register, you'll join a grassroots community where you can:
• Enjoy unlimited access to articles
• Get recommendations tailored to your interests
• Attend virtual events with our leading contributors
Register Now
Already got an account?
Login
Read 6551 times
Tweet