10 of the most exciting game-changers at Bett 2018

As I write this, making my way back from this year’s Bett Show, my train journey is the perfect time to take stock, relax, and think about all of the things I’ve seen this weekend.

Bett is a behemoth. Each year it gets bigger and bigger. As ever, if you scratch the surface of the event, there are always some fantastic innovative companies really aiming to show things up and bring something new to the party.

As ever, the big and established companies dominate. This said, it was really encouraging to see both Google and Microsoft embracing STEM education. Microsoft has released some free resources called Hacking STEM. They are really detailed, and look at combining the established Microsoft tools with models made from scrap. Probably more aimed at Secondary, they could also be applied to upper Key Stage 2. 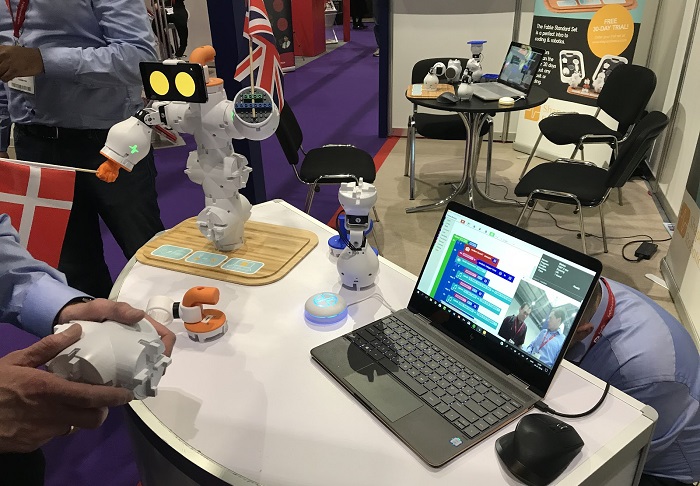 One of the first things that caught my eye on entering Bett was the Fable robot by Shape Robotics. This cute robot can be built from passive (fixed) units and active (articulated) units, that can be programmed via a computer using Blockly and Python. The units are interchangeable, with all kinds of hooks and connectors (including a well-known Danish brick). It will be expensive, but you can have it on a 30 day trial for free, giving you plenty of time to decide on value for money. 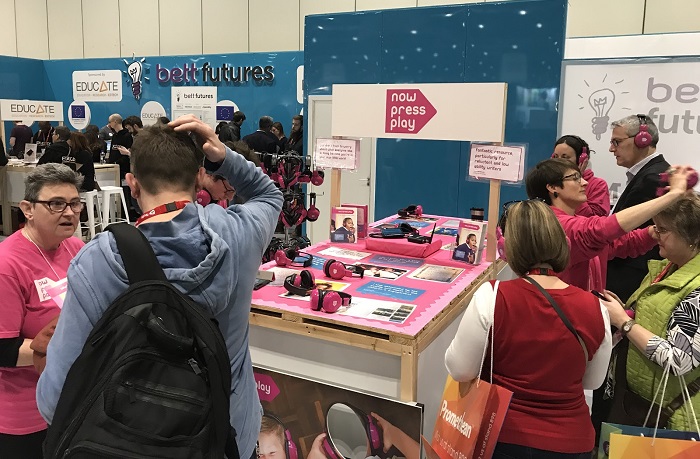 nowpressplay have been around for a couple of years now, but really deserve to reach a much wider audience. The idea behind the product is to use a class set of wireless headphones to immerse the children in stories, soundscapes and drama activities. The kit is high-quality and superb in terms of content. They have moved away from a single purchase price to a more modest subscription service, where the kit is rented. This is a much better option, and hopefully will put it in reach of more schools. 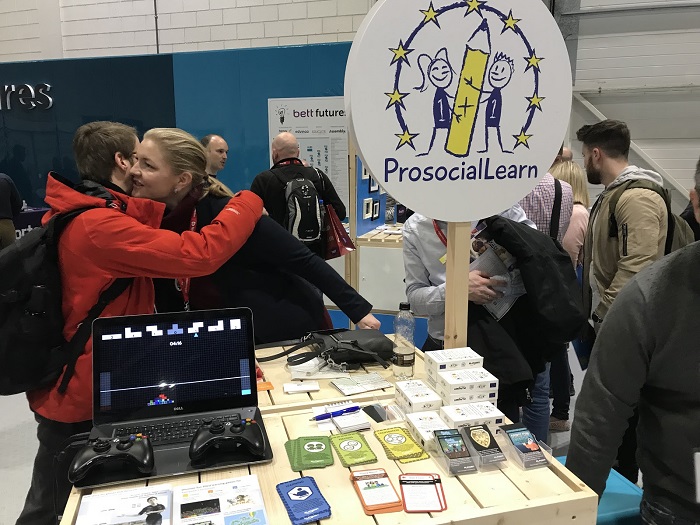 Prosocial Learn aim to use gamification of learning to encourage and assess children’s social skills. For example, there are multiplayer computer games where the only way to win is to play together. They also have offline card-based resources which have the same end-goal in mind. 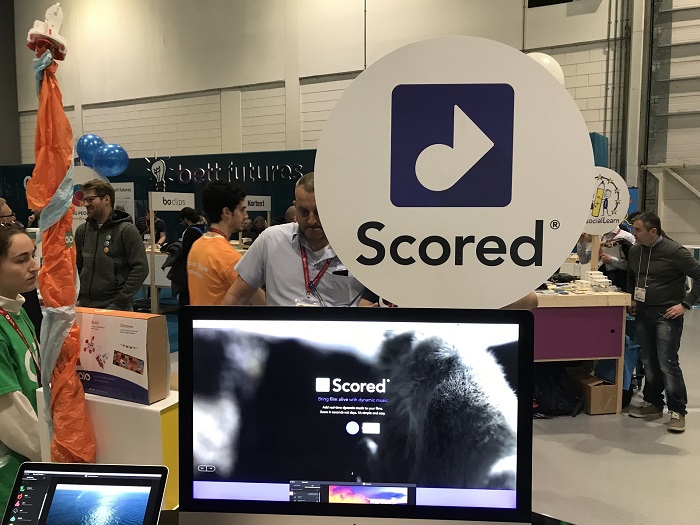 Anyone who has ever made a film with children in school will know the pitfalls of using copyrighted music. YouTube and other video platforms will not allow videos featuring commercial music to be uploaded. This is quite right, as the artist needs to receive royalties for their work. This is where Scored comes in. Providing access to a bank of royalty-free melodies and sound effects, audio can be added to a film using a very professional-looking editing suite. This resource is still in beta testing, but they hope to release a full version soon. 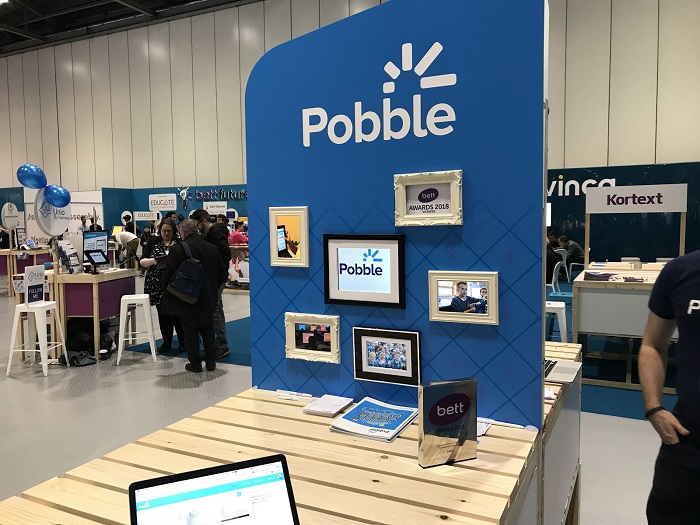 Pobble are another company who have been around a few years, but they don’t like to stand still. Pobble are forever shaking things up, bringing new innovations into schools to help teachers “unleash their superpowers”. They have a range of free and paid resources, including their blogging and 365 elements. The thing that particularly sticks in my mind is their current push to build an effective assessment and moderation tool for teachers. Eventually, there will be a bank of moderated work viable to all teachers, being used as exemplars to help moderate their own children’s work. 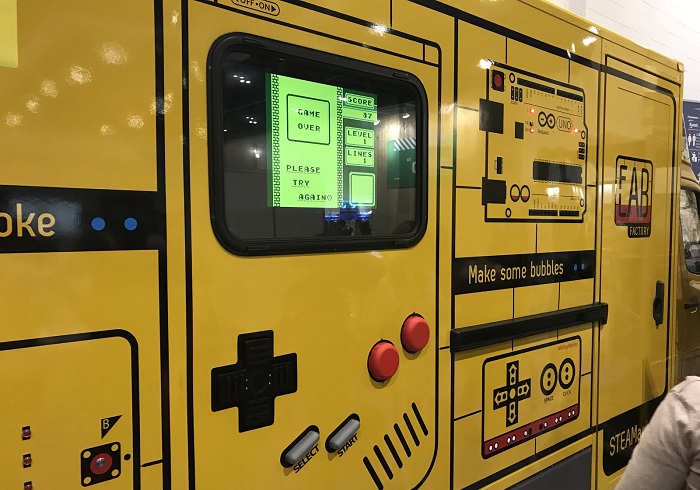 Another highlight: Fablab. STEM and makerspaces are hard for many schools to provide because of the costs, space and training needed. So, what if you could be visited by a truck complete with trained staff who can arrive at your school and create a makerspace, design technology and STEM classroom? Inside are woodworking tools, electronics, Makey Makey, and lots of other cool things. And if that wasn’t cool enough, the whole outside of the truck is interactive, including the world’s biggest Game Boy - with Tetris! 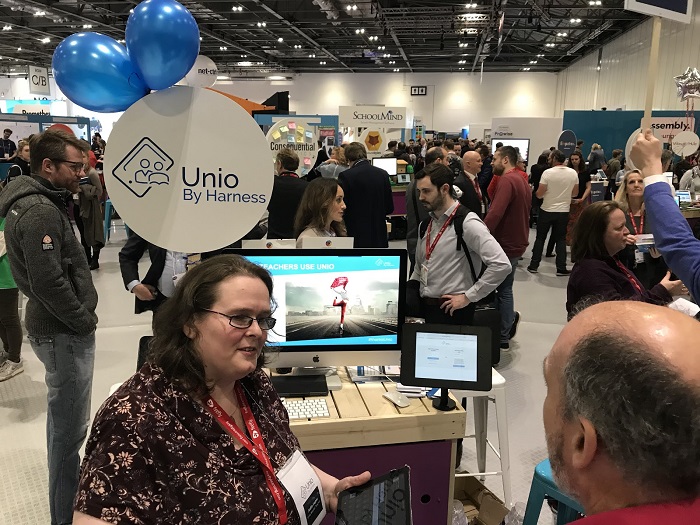 Have you ever been teaching a lesson where the purpose was for children to edit a piece of text or to underline all the adjectives? Unio, combined with 1:1 devices, allows children to be guided through a Powerpoint-style slideshow. The key difference, however, is that all the children can then edit the slides individually, with the teacher being able to assess this and give feedback in real time. The slides can also be shared with children, so they can continue to learn at home. 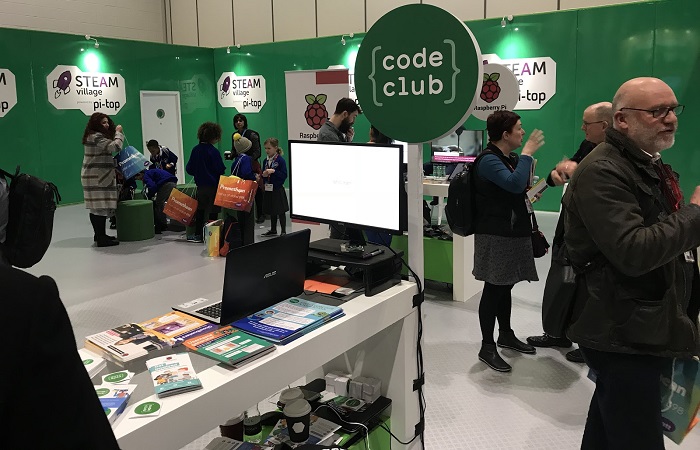 I LOVE Code Club. It is a free resource created in conjunction with the Raspberry Pi Foundation. They have exceptionally high-quality resources that can be used to teach Scratch, Python, html and other aspects of Computing. Code Club are another example of a product that is always shaking things up. The resources are designed to be used in an after-school coding club, but I think they could easily be adapted to be used in whole-class teaching, especially for those staff who are not as confident in Computing. 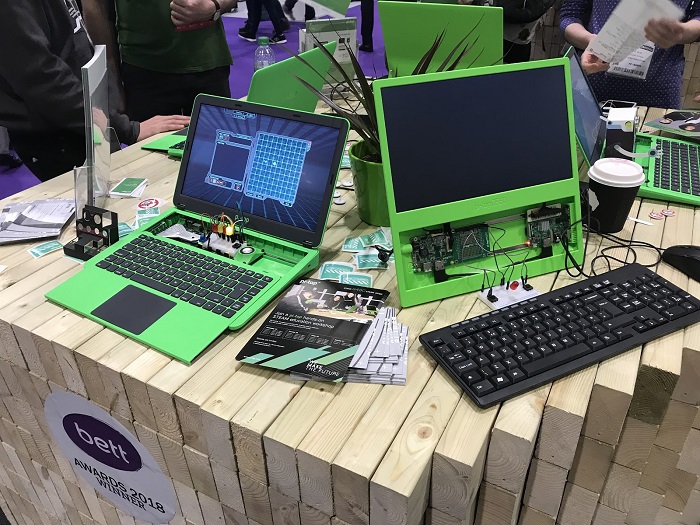 One of the big winners of the Bett awards this year - and deservedly so - was Pi Top. Pi Top aims to take the Raspberry Pi and put it into a far more classroom-friendly package. They have two options: the pi-topCEED (desktop version on the right, above) with a separate mouse and keyboard, and the laptop-style version. These devices still give access to the important parts of the Pi (eg the pins), but at the same time keep the other spaghetti of wires hidden away.

It’s always worth searching out the game-changers. They are the ones that keep education interesting. I hope there is at least one thing on this list that will help you to shake things up in your classroom.