5 historical heroes who inspire and motivate

Emily has been teaching for 5 years & is passionate about teaching & learning and diversity within the curriculum. She is head of KS4 History in an inner city school in London, lead practitioner, SLE & governor. She is almost always learning & has fun doing so. 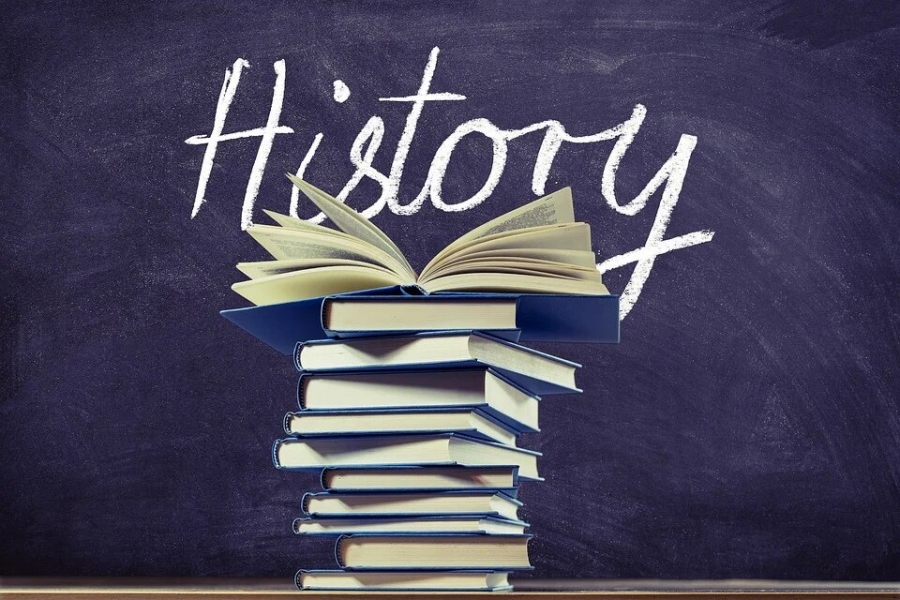 Have you been struggling with motivation? So have I! Tasks that would have taken me about 10 minutes to complete at school are taking me 1 hour at home. I have always been someone who has been very self-motivated and driven therefore this season has been very odd.

As a history teacher, I like to look at history when I am feeling out of balance for some inspiration. Below are just a few that inspire me. They are all educators or have been impacted profoundly by an educator. So if you are reading this as your form of procrastination or intrigue I really hope that you will feel inspired and empowered to push through the mundane tasks and lack of motivation.

In essence, what I have learnt through the lives below is to breathe & do the best I can with what I have despite my feelings & environment. Remember even a small, tiny step is still a step, it is still progress.

Mary McLeod Bethune, an educational pioneer and a champion of racial and gender equality, was born on July 10, 1875, one of the youngest of the seventeen children of former slaves Samuel and Patsy McLeod. Following the Civil War, her mother continued working for her former owner until she saved enough money to purchase the land on which the McLeod family would grow cotton.

Bethune benefited from postwar efforts to educate African Americans, graduating from Scotia Seminary boarding school in 1894. She went on to attend Dwight Moody's Institute for Home and Foreign Missions in Chicago and became an educator. While teaching in South Carolina, she met and married fellow teacher Albertus Bethune, and they had a son in 1899. In 1904, Bethune opened the Daytona Beach Literary and Industrial School for Training Negro Girls, a boarding school. The school later merged with the Cookman Institute and became Bethune-Cookman College in 1929. Bethune was a tireless advocate for gender and racial equality and went on to become the highest-ranking African American woman in government when she was named director of Negro Affairs of the National Youth Administration by President Franklin Roosevelt.

In 1940, she became vice president of the National Association for the Advancement of Colored People (NAACP). Bethune was also a member of the advisory board that created the Women's Army Corps in 1942. In 1945 she was appointed by President Harry S. Truman to serve as the only woman of colour at the founding conference for the United Nations. Bethune's life was celebrated with a variety of awards, including a memorial statue in Washington, DC, and a postage stamp was issued in her honour in 1985. Today her final home is recognized as a National Historic Site.

George Washington Carver was one of the most prominent scientists and inventors of his time. Born into slavery in Diamond, Missouri, around 1864, he was the son of Mary and Giles, a slave couple owned by Moses Carver. Just one week after George's birth, slave raiders kidnapped him, his sister, and his mother and sold them in Kentucky. An agent of Moses Carver was sent to locate the family, but he was only able to find the infant George.

The end of the Civil War in 1865 ushered in the end of slavery in Missouri, but Moses and his wife, Susan, decided they would keep George and his brother, James, and raise them. No local school would accept the boys, so Susan educated them at home.

A quest for knowledge became a driving force in Carver's life. Carver began his botanical studies while he was a college student at lowa State. After graduation, he embarked on a career in teaching and research. In 1896, Booker T. Washington, the principal of the African American Tuskegee Institute, hired Carver to lead the school's agricultural department.

Carver became known for inventing plastics, dyes, and gasoline-all from the peanut plant. He went on to receive national acclaim for his work, and President Theodore Roosevelt sought Carver's counsel on agricultural matters. Carver used his celebrity status to promote scientific causes until the end of his life. He died in 1943 after a fall in his home. His epitaph reads, "He could have added fortune to fame, but caring for neither, he found happiness and honor in being helpful to the world."

On June 27, 1880, Helen Keller was born a healthy infant in Tuscumbia, Alabama. When she was nineteen months old, she became blind and deaf as a result of an undiagnosed illness.

In 1887, Helen's life changed when Anne Sullivan moved to Tuscumbia to be her teacher. Helen had become an unruly child, and Anne believed she needed to be guided by love. Anne taught Helen sign language by forming the letters of the alphabet in Helen's hand, and Helen later learned to speak.

Above all things, Helen considered herself a writer, and it was through her writing and public speaking that she advocated for the rights of the underdog, including the disabled.

In 1924, she joined the American Foundation for the Blind (AFB) and worked for the organization for more than forty years. AFB provides a global platform that she used to advocate for those with vision loss. She visited thirty-five countries on five continents in her relentless pursuits on behalf of the disabled and broke down barriers as she pushed for changes in laws that made it possible for those with disabilities to move into mainstream education. "I will not just live my life,” she vowed. "I will not just spend my life. I will invest my life.”

Fanny Crosby penned more than nine thousand hymns, which is remarkable for any writer, but even more impressive considering she was blind.

Crosby was born in Putnam County, New York. Before she was two months old, she fell ill. Regrettably, the family doctor was out of town, and a man posing as a physician applied hot mustard plaster to her eyes, leaving her permanently blind. Shortly after, her father died. Crosby's mother went to work as a maid to support the family, and Fanny was mostly raised by her grandmother.

By the time she turned fifteen, she was admitted to the New York Institute for the Blind. She would spend the next twenty-three years there, the first twelve as a student and then as a teacher. Crosby was under contract with her publisher to turn in three hymns each week but often wrote up to six or seven a day. Crosby never considered her blindness as an obstacle.

Harriet Beecher Stowe is the author of the classic Uncle Tom's Cabin. In 1863, when President Abraham Lincoln met Harriet, he reportedly said, "So you're the little woman who wrote the book that made this great war!" Although the book can't be blamed for starting the Civil War, Stowe's writing communicated the value of the human soul and paved the way for inevitable emancipation.

She read to her children two hours each night.

Stowe found time to write between household chores so she could bolster the limited family income. She wrote continually and experienced some successes early on. Her husband encouraged her writing, and when she was forty, she finished Uncle Tom's Cabin. Through this historic novel and its main character, the slave Tom, Stowe was able to communicate the ludicrousness of slavery. The book enjoyed unprecedented success and was translated into at least twenty-three languages. By the time of the Civil War, it had already sold a million copies.

Stowe continued to write and averaged a book a year until her death in July 1896, but Uncle Tom's Cabin is her legacy. One of her most vocal critics admitted that it was "perhaps the most influential novel ever published, a verbal earthquake, an ink-and-paper tidal wave."