Website: www.essaacademy.org/ Email This email address is being protected from spambots. You need JavaScript enabled to view it. 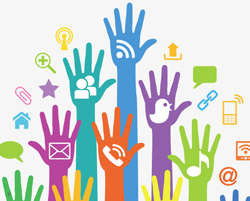 When Hayward was replaced by Essa Academy in January 2009, our newly assembled management team had no illusions about the challenge we faced. To succeed where its predecessor had failed, our new school would need a bold new vision and some daring initiatives - and fast.

Central to that new vision was providing students with better access to information, so that they could learn not only in the classroom, but also during breaks, on the bus and at home. As the academy’s ICT director, my job was to find ways of making this possible.We needed to introduce devices and practices that would benefit our students, not to waste money on gimmicky gadgets

From the start, I was cautious. Technology had been more of a hindrance than a help at Hayward. We needed to introduce devices and practices that would benefit our students, not to waste money on gimmicky gadgets.

Having investigated social networking and blogging, I began to research the iPod Touch and Apple App Store. Their potential was clear, but without testing them in the school, we could not know whether they would work in practice.

We therefore decided to run a pilot scheme. Twenty students, aged between eleven and sixteen, of mixed abilities and with a range of first languages, were each given an iPod Touch.

The results were positive. Yes, the students downloaded games. But they also accessed subject-related podcasts and found innovative educational uses for the devices.

Take Anna, a Polish student involved in the pilot. Previously, we had removed her from science lessons to teach her the English required to understand them. Unfortunately, this meant that when she returned to science, she was some way behind the other students.

After receiving her iPod, however, Anna actually asked to remain in science classes. Using Wikipedia in Polish, she was able to look up whatever topic was being discussed and read about its principles. Her science grades rose to Bs and above, and her grasp of English also improved.

Cases such as Anna’s convinced Essa’s principal, Showk Badat, to take a gamble and implement a “one iPod Touch per student” policy. In September 2009, every student and member of staff was provided with an iPod Touch, and 130 wifi points were created around the school to ensure connectivity.

The iPods integrated as seamlessly with the school’s ethos as they did with its network. Within days, teachers and students were using them in all sorts of of creative ways.

In English lessons, students were researching novels using their iPods, and teachers used the Shakespearean Insults app as a fun way to familiarise students with the barbed language of the Bard.

The Elements application brought the periodic table to life in science classes, displaying rotating high-definition pictures of the elements and providing detailed information about their chemical makeup.

For many students at Essa, English is a second language - a fact that may well have contributed to our predecessor school’s poor English GCSE results. Using dictionary and thesaurus applications on their iPods, these students were able to look up unfamiliar words and phrases without disrupting lessons.

It wasn’t just students who benefited from the devices. Staff used their iPods to take registers, make notes and view students’ contact details, learning requirements and target grades. Teachers could also send meeting requests to parents and students via their iPods, and the response was much better than it had been to letters and phone calls. Naturally, some teachers took to their new technology more readily than others, but we found that students often introduced staff to new and useful applications. This helped the less tech-savvy teachers while giving the students a sense of achievement.

The Apple App Store yielded several popular revision resources. The GCSEPod application enables students to view exam papers on their iPods and to download relevant podcasts. In school, there were over 900 such downloads during our 2010 GCSE exam period. Another app, eClicker, also enabled students to revise and answer questions on their devices.

Emailing work to teachers from iPods has proved very popular - and the ability to do so negates even the most classic excuses for not handing in homework: a dog would have rather more difficulty digesting an iPod than a piece of paper!In September 2009, we introduced the one iPod Touch per student programme

At our predecessor school, it often took a child’s discipline issue just to get his parents to come in. When we launched our new learning vision and told parents about the iPod touch, we were astonished to find that for a year group of 200 students, almost 600 parents turned up. At last, it seemed that the families and the school were working together for the children and their education.

Perhaps most encouragingly, 52% of our GCSE students that year achieved five A*-C grades including maths and English, a big improvement on the 37% from the year before, and vastly better than the sub-30% scores the school had been obtaining previously.

Essa Academy’s most recent Ofsted report reflected the scale and pace of the school’s improvement, stating that “The academy has raised attainment rapidly from below average to broadly average for the key indicator of five A* to C grades including English and mathematics”.

Of course, iPods are just one part of the new learning vision we created when Hayward School became Essa Academy, and they are certainly not the sole cause of the school’s rapid improvement. Nevertheless, we believe that their introduction was a significant catalyst in successfully transforming the school’s results and enhancing the education of all our students.