Raise the curtain on student confidence

After achieved a degree in Music and PGCE in Secondary Teaching, I then moved on to become an accredited Advanced Skills Teacher (AST) in Music. I am now an assistant headteacher, overseeing whole-school Learning & Teaching, at St Andrew's CE School in Croydon. I also teach music and head up the music team. Having taught students from KS2 to KS5 over the last 12 years, and have seen first-hand the impact that music education has on young people.

Website: www.standhigh.net Email This email address is being protected from spambots. You need JavaScript enabled to view it.

At St Andrew’s CoE School in Croydon, we are passionate about building strength, resilience and confidence in every student, in order to give them the best chance of success and fulfilment in life.

Throughout the school, children are taught essential reading and writing skills. This is emphasised across various subjects, and while it is of course hugely important in their development, “Students should be able communicate and perform clearly and with confidence.”what we refer to as ‘soft skills’, like communication, are just as vital. The Drama curriculum at St Andrew’s teaches children how to be creative, collaborate with peers, communicate clearly and perform in front of an audience with confidence. Equally, we’ve found that music has a positive impact on students’ learning too; it helps to boost self-esteem, develop patience, resilience and engagement in lessons.

Therefore, it seemed like a no-brainer to start up a Drama and Music enrichment programme, so we put in a bid for a grant from HR Taylor Trust for Music provision so that we could buy new instruments and technical equipment. The response was really positive! They loved our vision and ideas that we had for the school and really wanted to support us, which was amazing. I think their involvement, and the links we have with the community, have really made a difference to the outcome of the programme so far.

We started with six workshops and 20 children, and from that moment onwards it really kicked off. There was so much buzz around what we were doing. This was so much the case that our headteacher, Kerry Targett, set up a small theatre company within the school.

As part of project, we asked our students to come up with a Drama workshop, which we could then host at our feeder Primary schools. This was an integral part of the programme, allowing our students to put on their creative hats and take responsibility in creating and delivering the workshops. In each session, our students started with a Drama performance, followed by getting children from Years 4 and 5 to take part in movement and singing activities. Using techniques they learnt from their British Theatre coach, St Andrew’s students taught the children various songs and choreography from different musicals, such as Matilda. 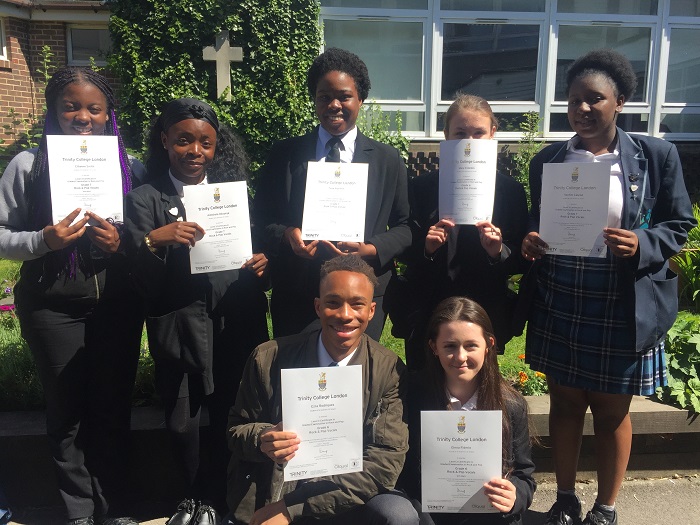 Giving the learners the independence to become leaders was so rewarding for them - and us! It meant that the Primary pupils had a professional and exciting experience, as well as our students being able to take on the teacher/director role.

We do a lot as a school - encouraging the older students to speak to the younger year groups about their aspirations and share their expertise - so this was the perfect opportunity for them to take it one step further in teaching children in other schools. Not only is it really fulfilling to see them teaching the younger children, but to see the Primary pupils respecting and looking up to the older students gave the latter a real boost in terms of confidence and leadership skills.

This ownership has contributed to the students’ overall attitudes to learning. They are more enthused, engaged and excited to learn. And beyond this, taking part in the Music and Drama programme has meant they have had to learn a lot of lines and notes from scripts, which has really helped them when it comes to memory and recall. The impact it has on other subjects has been noticeable, and the Drama in particular has built their confidence and presentation skills, which will undoubtedly be hugely important when it comes to them taking part in oral exams and mock interviews.

As part of the programme, we also formed a partnership with the British Theatre Company, a reputable group who work with young people in our community. The company’s CEO, Matthew Chandler-Garcia, created the company with a mission “to ensure that young people have accessibility to professional training regardless of socioeconomic background”. For that reason, it seemed like the right organisation to work with; their mission links in with the St Andrew’s vision.

A production of The Colour Purple was taking place at Cadogan Hall at the end of May 2017, and we were able to send 40 of our students along to audition for the opportunity to perform with West End professionals - people like Tyrone Huntley from Dreamgirls and Cavin Cornwall from Jesus Christ Superstar. From that, eight students were selected to take part, with two of them playing the children of the lead character on stage - that really was the icing on the cake for us! 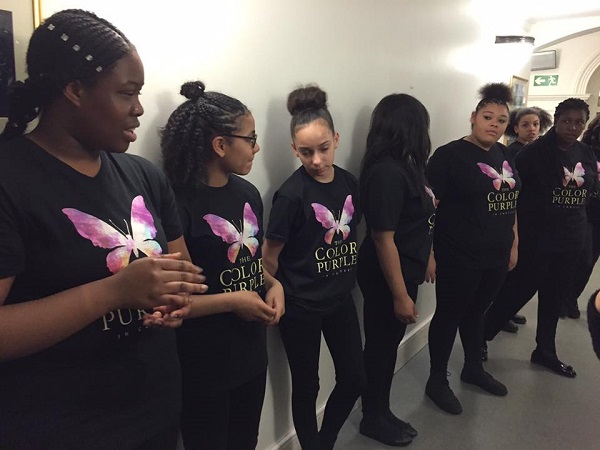 On top of this, we like to provide our students with opportunities outside of the classroom. Our school has set up a number of other community partnerships within the school, including links “Our drumming teacher has also recently come back from touring with Madness.”with South Thames College, whereby the Performing Arts and Music students come and deliver assemblies and performances with Q&A sessions for Music and Drama. Some of our peripatetic teachers and guests are also quite well known. For example, Max Bowden, a TV actor well-known for his role in Waterloo Road, has delivered a number of workshops to our GCSE Drama and KS3 Performing Arts classes. Our drumming teacher has also recently come back from touring with Madness; it’s these kinds of real-life examples that really inspire and engage our students, showing them what career opportunities there are and how they can get involved.

Throughout the year, we also hold showcases and concerts which the students love to get involved with! We even find them coming in at lunchtimes or forming their own bands because their enthusiasm has just grown so much.

Last year we held a multicultural evening, which included music celebrating the different cultures that make up our school family. Students and staff from the Drama and Music departments were involved, and it was one of the best-attended events we’ve had! It just goes to show when the students are engaged and motivated, they actively want to show parents and friends what they have learnt and achieved during school. 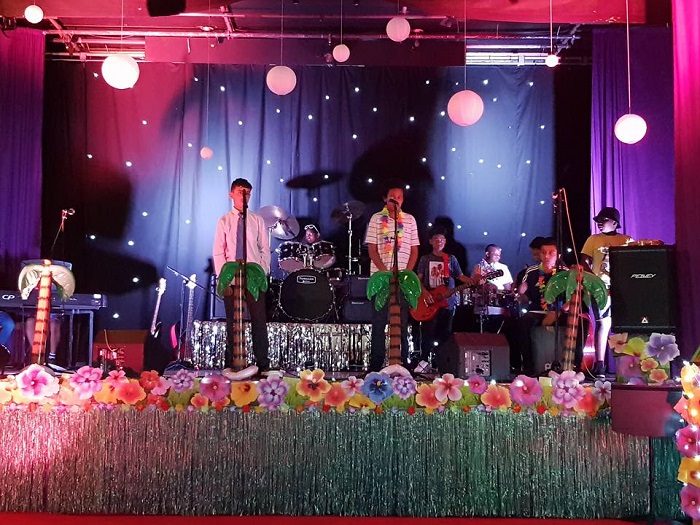 Our Hawaiian showcase was another example of just how popular the enrichment programme has become. Of the 20 slots we had for students to sign up to, we ended up with 65 acts entering, so we had to ask soloists to join together to form groups so that we could make sure everyone had the chance to perform. To see them so keen after just a year has been so rewarding for us. It really has been a huge success so far, and we’re looking forward to the things to come this year. These include our musical production of Oliver in March in partnership with some of our local Primary schools, Bugsy Malone with our Year 9 students in May, as well as our Summer Music Showcase and more Primary Drama and Music workshops in the summer term.

We’ve gone from having minimal attendance, to finding it difficult to get the students out at the end of the day. It’s been such an important learning curve for all of them, and it just goes to show that all students can benefit from a well-rounded arts education, presenting other opportunities outside of the classroom too.