Mike Gunn is Head of the nationally-recognised Creative Arts Faculty at Finham Park School in Coventry. He has been seconded to the leadership team to implement the strategy for a whole-school roll-out of BYOD, taking responsibility for strategy, infrastructure, trialling teaching and learning through mobile technology, and staff training. He has shared his expertise at Teachmeets and CPD conferences around the country, and blogs (reasonably) regularly about his work here. Perhaps less believably, he is also a t'ai chi and kung fu master of some 20 years. So it's worth paying attention!

Website: about.me/mike.gunn Email This email address is being protected from spambots. You need JavaScript enabled to view it.

Teachers who have been entrenched in their classes for years still seek out innovative edtech to assist their work. Educators moving to a new environment, therefore, are likely to want to know about what’s available for their specific needs so that they can get a running start. Hot on the heels of his Media teacher’s iPad piece, Mike Gunn discusses the best technology for supporting new teachers.

Being a new teacher can be daunting. To be honest, even when you've taught for many years, a move to a new school can make you feel almost entirely like a beginner again. The nature of teacher is that students listen when they respect you, and rarely before that point. Your job as the teacher is to establish high expectations, behaviour boundaries, and what I used to call ‘the deal’: "You guys work hard, and I'll make your learning worthwhile and engaging".

As such, the first thing to establish is your behavioural expectations, and I would say it's worth sweating the small stuff. New teachers often say that the added distraction of students using mobile devices is just another discipline headache they don't want to have to deal with, hence they don't go near technology. Personally, I think that if students are misusing technology, what you have is a behaviour problem, not a technology problem, and it should be treated as such.

A few little routines, however, can make a real difference. Things like "screens off" time while you explain tasks, and insisting on tablets and devices being flat on the desk where you can see them go some way to creating the attention levels and transparency of use that you want. The same goes for acceptable noise levels, no hands up during questioning and creating an atmosphere in which students are allowed to speak without fear of others criticising or interrupting are the bedrock of good classroom dynamics. A couple of really useful little apps I've found are RandomMaster and Too Noisy (really good for Primary classrooms!) 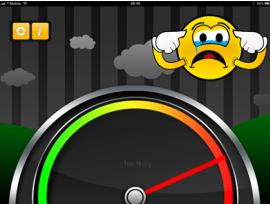 RandomMaster is a student selection app: Pre-enter the students' names, and it simply randomizes them as necessary, in front of their eyes on the AppleTV, and there's no arguing, and no lollipop sticks! It can be used to put students into groups, pick the student to answer a question at random, and assign roles within groups (Expert, scribe, researcher and so on).

Too Noisy is an ambient volume level measurer: You set what is an acceptable level of noise while the class are working independently, and the display will show students when it is getting too loud, without you having to tell them every two minutes. Again, it's simple stuff, but it makes your expectations clear from the off.

Amongst the other apps you can use are things like timers to stop some students dominating class discussion, and spinners to assign random questions.

A great tool for this is Triptico which, if you've never seen it, gives you loads of little animated apps such as timers, spinners, scorers, task selectors, word magnets for labelling, order sorters, thinklink hexagons (if you're a SOLO Taxonomist, which isn't as creepy as it sounds!) and various different quiz formats.

It's absolutely brilliant if you're working on a desktop or laptop or whiteboard, especially as you can run multiple activities on a screen at once (timer, quiz, student selector etc), BUT it's not yet available as a mobile device app, which is a shame for people like me who don't like swapping between devices for tasks in class. As a new teacher, that might not seem like such a big deal, but every moment you spend getting round tech problems is a moment the class can go off-task and off-boil. The fewer of those you have, the better at the start. That said, it's still well worth checking out...

Triptico is a nice little link to the next, most important part of teaching:

Before we start, a caveat: Beware of using technology in and of itself as a "thing". In terms of engaging students, this is short-termism at its worst. The fact that students are using mobile devices does not mean you have their attention. Sometimes it means you have a good deal less of it than you think. And it definitely doesn't necessarily mean they are learning! But it does offer you a huge variety of new worlds to explore from within your classroom. And it's the tasks that you set which will engage students or not. So think carefully. 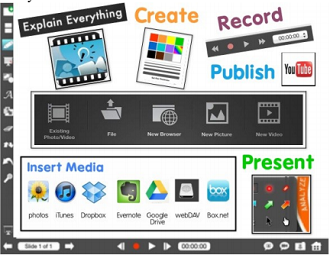 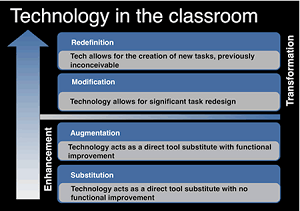 I could write another whole section down here on another of the most important aspects of good teaching and learning, which is Assessment for learning. But you know what? You've probably had enough reading for the day. Conscientious blog-readers such as your good selves will probably have a stack of other (far more interesting and erudite!) blogs to be getting on with, so we can cover Socrative, GoogleDocs, and all those delights at a later stage. We could even set it for homework. Let's go crazy. In the meantime, for those of you just starting out, I wish you all the best. It's a great profession.

Image Credit: Flickr
Are you a teacher in a new position? If so, what technologies have you used to make your work more effective?
Read 6316 times
Tweet